Skulduggery of the week: The Lord Reigns

At 4:02 p.m., a resident of the 3600 block of Lindenwood Avenue reported the theft of an umbrella from a black 2013 GMC Yukon between 8 and 11 p.m. on May 7. The thief rummaged through the glove box and console before leaving behind a large-print Bible in the front seat.

20 WEDNESDAY
At 12:15 a.m., a robber mugged a man outside Al Biernat’s in the4200 block of Oak Lawn Avenue. The perpetrator invited some strangers at the bar to a nearby party. The victim stopped on the way to the party to admire a nearby church when the party host approached him and asked to see his phone. After he was threatened with a knife, the victim gave up his phone, as well as the golf shirt and shorts he was wearing, a pair of Dolce & Gabbana eyeglasses with a Versace case, the keys to a 2000 Nissan Frontier, and $48 in cash. Afterward, the scantily dressed man walked several blocks to his car and then visited a friend.

Between 11:42 a.m. and 12:35 p.m., a thief stole a $1,800 Exmark lawnmower from a yellow 2008 Chevrolet pick-up in the 3500 block of Dartmouth Avenue. Another group of landscapers working on the same street captured the theft on video, but nobody could locate any suspects.

24 SUNDAY
At 10:39 a.m., former Dallas Cowboys offensive lineman Andre Bernard Gurode, 37, was arrested in the 5300 block of Montrose Drive on a charge of driving with an invalid license.

18 MONDAY
At 4:15 a.m., Daniel Mendoza Figueroa, 27, of Dallas was arrested in the 7200 block of Airline Road on a public intoxication charge.

At 8:05 p.m., the driver of a brown 2004 Ford Excursion fled the scene of a hit-and-run accident in the 4100 block of Lovers Lane. Officers found the van in the 7100 block of Tulane Boulevard. Michael Guerrero, 31, of University Park and Rebecca Wren Bogart, 30, of Fort Worth were each arrested on a charge of driving while intoxicated.

24 SUNDAY
At 2:46 a.m., Michael Adams Bryant, 20 of University Park was arrested in the 3800 block of Centenary Drive on a charge of consumption of alcohol by a minor. 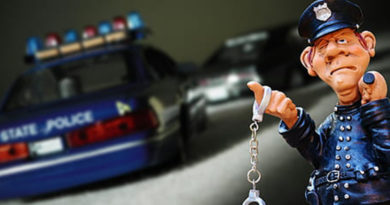