The candidate, running for a Lake Highlands seat, had maintained a small condo on Lomo Alto Drive so his children could attend Highland Park schools before eventually transferring them to Scofield Christian School.

In February, Highland Park ISD announced it was conducting an investigation of the McGough family residency.

By the end of April, the administration announced the investigation was closed and it would make no further comment on the findings.

The saga begs the question: how exactly does HPISD go about residency investigations?

With enrollment skyrocketing at a much faster pace than facilities can accommodate, many families will do anything to get their kids in the prestigious district.

Here’s how the investigation typically goes: when a complaint is raised and formally filed regarding any student’s residency, background information is gathered by the student and the district’s administrative services coordinator as well as the campus administrator.

HPISD investigates every residency concern reported. Here’s a summary of how many were reported in recent years.

That means examining the student’s listing in the district database, proof of residency on file with the district, and online tax records for claimed residences.

“Typically [we receive complaints from] a community member, and it’s usually a call,” HPISD student services coordinator Cristy Hirsh said. “A handful are anonymous calls. Some come from principals or assistant principals.”

The district will also look at the tax records of any other residences under the family’s name online to help determine whether the Park Cities address is the primary residence.

The district will either “observe” the residence for indications of use, or the parents are contacted to schedule a home visit.

“In the past, we’ve had a designated person for that. We don’t currently have one,” said safety and security director Mark Rowden, who spent 30 years in law enforcement before coming to HPISD. “Basically by default, because of my experience, that’s just kind of fallen to me.”

Finally, all of the information gathered returns to the campus administrator and is discussed with the parents. If the requirements are not being met, the family is given a certain timeline to comply or the student will be withdrawn. Parents can then appeal to the superintendent or a designee, if they so desire, and the student stays in the school for the duration of the appeal.

McGough declined comment on the investigation into his family.

This year, the district has had 22 complaints. The results were split down the middle: 11 were found to meet the residency requirements and 11 were not. Five of those out of compliance moved to the district, and six withdrew altogether.

Under state law, it is a criminal offense to falsify information for enrollment. HPISD has never hired a private security firm for an investigation, and no complaints have ever been formally filed regarding the district’s protocol.

Each year, families with children in the district must prove their residency (usually with a utility bill) submitted online or in person. This year’s deadline is July 6. 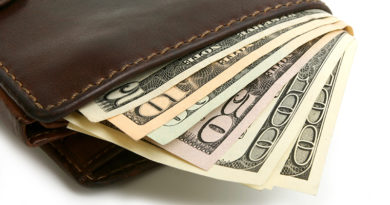