Hillcrest High School’s class of 2015, made up of Texas Scholars, National Honor Society members, and graduates with honors, received their diplomas on June 6.

Headed to universities across the country, these students earned $4.9 million in scholarships.

Bidding farewell after his final year at Hillcrest, principal Ronald K. Jones opened the ceremony by advising the graduates to overcome challenges, to never make excuses, and to take control of their futures.

“You can change anything in your life – that is, if you want to badly enough,” he said. “You will be missed.”

Salutatorian Meredith Flabiano, who will attend the University of Virginia to major in astrophysics, recalled the supportive relationships between teachers and students and the camaraderie among the student body in her speech.

“What made Hillcrest such a good school was the spirit we had; no matter how cold the playoff games were, turnout was amazing, and that’s because we all supported our team,” she said. “Hillcrest is a family, and you stand up for your family.”

Valedictorian Evelyn Romero, a Quest Scholar with a full ride to Pomona College, used her speech to personally thank teachers for their dedication and encouraged her peers to do the same. She was especially grateful to Academic Success Program adviser Devin Kiser for her hard work in preparing students for college.

“We did not make it here alone,” Romero said. “We were all pushed by family members, teachers, coaches, and our administrators. Take a moment to step back and say, ‘Thank you.’”

Born in El Savador, where education for girls is discouraged, Romero knew early on that she wanted a better future for herself and others. Going to Hillcrest and working hard, she said, was the right choice.

“I wouldn’t change anything about the past four years,” she said. “I would choose Hillcrest and the people at this school over again.” 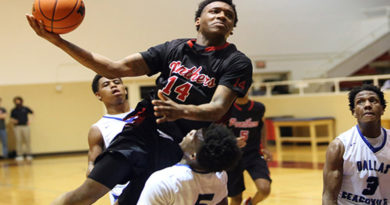