As happens frequently in these situations, when an elected body can’t reach consensus on a divisive item, they hold off on a decision and let somebody else handle it.

The Dallas City Council reached that conclusion on Wednesday with regard to the contentious proposal by Crow Holdings to construct a pedestrian skybridge linking the second floor of the Preston Center parking garage to a retail space on the west side.

In fact, the council considered two different ideas for tabling the issue — District 13 councilwoman Jennifer Gates suggested holding off until Nov. 10 to allow the Preston Road and Northwest Highway Area Plan Task Force to negotiate the issue in the interim and report back to the council with a proposal before then.

Her motion passed rather than that of Gates’ colleague, Philip Kingston, who said the task force should be allowed to complete its work in full — which likely will take at least another year — before the skybridge is brought for a vote.

The issue seems to have everyone divided up until this point, including task force members, property owners surrounding the garage, and the Dallas Plan Commission, who approved the proposal by a narrow 7-6 vote in March.

Gates oversees the task force, and said her group of residents and business owners will make the parking garage a priority in the coming months as a result of Wednesday’s vote.

“It’s not giving them support. It’s giving them an opportunity,” Gates said. “It would be the best of both worlds if we waited until the end of the task force. The applicant is not willing to wait that long. If there’s any possibility of this, they don’t want to wait another 12 to 18 months.”

Crow Holdings officials said they support the five-month delay, but any further postponement likely will cause them to withdraw the proposal, and the $1.4 million in cosmetic improvements to the city-owned garage that the developer has promised with it.

The company is seeking a special-use permit for the skybridge to link the garage with 55,000 square feet of upper-level retail space that most recently housed a Ross store. The goal is to lure a grocer to the site, which likely would be Tom Thumb. However, a lease agreement with Tom Thumb (that was tied to passage of the skybridge) has since expired, and “several other” grocery stores have also expressed interest, according to Robert Dozier, an executive vice president with Lincoln Property Company.

“If we don’t put in the skybridge, there will be no grocery store. We can’t wait two years to lease our 55,000 square feet,” said Dan Feeney of Crow Holdings. “It’s a significant investment we’re going to make on behalf of the city.”

Proponents say the skybridge will improve safety in a busy pedestrian area and will incentivize drivers to park on the top deck of the garage. Detractors argue that the bridge would only escalate parking concerns.

Kingston’s motion clearly appeased the latter group. He said a decision now would undermine the efforts of the task force to generate long-term solutions.

“I worry about the message we’re sending to the volunteers we’ve asked to serve on this task force,” Kingston said. “If the task force is going to have any meaning, then it needs to be respected.”

The task force — which is considering a wide range of traffic, parking, and zoning issues throughout an area of more than 1,000 acres — hasn’t met since late April, and there aren’t any future meetings scheduled yet.

But part of the issue has been money, and earlier Wednesday the council approved an extra round of funding from the North Central Texas Council of Governments that would allow the group to hire a consultant and continue its work, Gates said.

“I believe we need a clean slate for Preston Center and the surrounding neighborhoods,” said Leland Burk, a property owner in the mixed-use development who also serves on the task force. “The skybridge will effectively halt the redevelopment of the parking deck.” 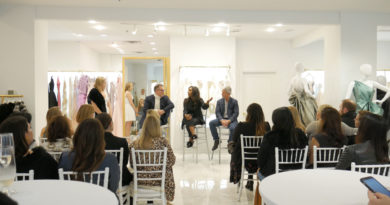