As of January, the center has a hybrid cerebrovascular operating suite, which will allow doctors to adapt to a patient’s needs in high-stakes surgery more easily.

“The suite has two components: one that it’s an operative suite, the second is that it’s an endovascular suite,” Park Cities resident and neurointerventional surgeon Lee Pride said.

What does that mean in layman’s terms? When doctors need to get to a blockage in the brain, say from a stroke, there are two ways to go about it: one is cranially, and the other is endovascular, where doctors follow blood vessels from the groin up to the brain, similar to some cardiac procedures. Traditionally, the endovascular procedure is done in an angiography suite. But now, either procedure can be done in the same suite.

“You have a room that is big enough to hold all of the angiographic equipment as well all of the surgical equipment and a table that is built for angiography,” said Hunt Batjer, a Park Cities resident and the hospital’s chairman of neurological surgery.

Pride said he has seen three or four cases in the past few months that specifically require both procedures. Though endovascular is more minimally invasive, if a clear path is not possible, the doctors must pursue a cranial operation, which would typically require rescheduling all together.

“It makes it very convenient if you have an environment that doesn’t sacrifice anything,” he said. “We can just go immediately into the surgical approach … it just gives us a lot of flexibility.”

Babu Welch, associate professor of neurological surgery and radiology, is trained in both procedures and was instrumental in the $3 million design of the suite at the Zale Lipshy University Hospital, which was funded both publicly and privately.

With the suite’s high-resolution imaging equipment, aneurysms, carotid artery disease, and other conditions can now be diagnosed right there.

“It is unbelievably convenient and rapid. If you’ve got a problem, you know it right then,” Batjer said.

He explained that there are a number of factors that need to be controlled during these procedures, such as head movements. What if a patient coughs under anesthesia? The new operating suite includes radiolucent pins to hold patients’ heads perfectly still to avoid such problems. In addition, there is the necessary angiogram following the procedure’s completion.

“In the old days, we would close the wound, put a dressing on it, and then go across and do an angiogram,” Batjer said. “That’s the kind of circumstance that this suite eliminates for us. It all happens bang, bang, bang.”

UT Southwestern is the only facility in the region that has been certified as an Advanced Comprehensive Stroke Center by The Joint Commission. 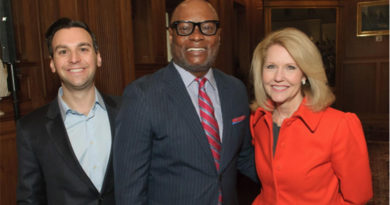