It was a big Sunday for athletes from Jesuit’s 2011 graduating class.

The most famous member of that class, Jordan Spieth, chalked up his latest PGA Tour victory at the John Deere Classic in western Illinois, where he defeated Tom Gillis on the second hole of a sudden-death playoff.

It was the second title at the Deere Classic for Spieth, who won his first event there in 2013. He shot a career-best round of 61 on Saturday, and gained momentum heading into the British Open next weekend in Scotland, where he will look to capture his third straight major tournament championship. And he’s also on the cover of the July issue of Golf Digest magazine, on newsstands now.

Meanwhile, in Cincinnati, classmate Josh Bell hit a home run in the Futures Game, which is an all-star game for the most promising minor-league baseball players.

Bell, 21, has moved from the outfield to first base this season for Altoona, which is the Double-A affiliate of the Pittsburgh Pirates. 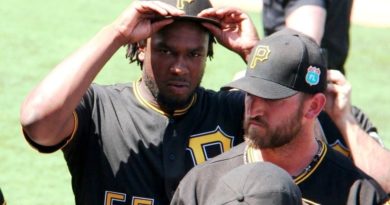