Maudee’s Cafe and Tea Room on Lovers Lane will be closing its doors on Sept. 25. Owner Mack Yarbrough acquired the restaurant in 2005 (according to the website), but the hometown favorite has been open since 1996, when it began as “Friends” in Snider Plaza. Lynn McIlhaney moved it to the Miracle Mile and renamed it for her grandmother, Maudee (afternoon tea was added in 2002).

Anyway, what’s causing the closure? Yarbrough says, “The lease was up, and the landlord decided he wanted more money than I thought I could sell chicken salad for.” So he chose not to renew the lease.

Yarbrough said a number of people have approached him about buying the restaurant, but the high rent — so far — has deferred any potential new owners. He did look into moving, but the best alternative was “too far for our customers to go,” he said. Plus, Yarbrough will be 73 this November, and his wife will be 68. “We didn’t want to take on the added burden,” he said.

They have received a number of emails from customers who want to place catering orders or collect recipes even after the closure. Yarbrough said they will honor both types of requests.

“We have a customer base that goes back generations,” he said. “Some of our customers are bringing their kids in now.” 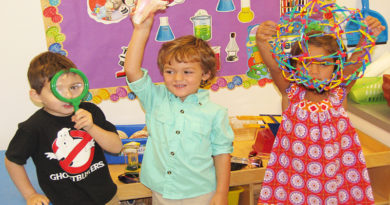