NASA’s New Horizons mission to Pluto showed the dwarf planet up close for the first time.

Three billion miles away, the New Horizons probe zoomed past Pluto at 30,000 miles per hour. Back on Earth, Dr. Alan Stern — a St. Mark’s graduate — is leading the mission as its principal investigator, having overseen the project since 2001.

On Jan. 19, 2006, NASA launched an Atlas V rocket propelling New Horizons into space, making it the fastest spacecraft in history.

Stern and his team have since introduced new data and high-resolution images of Pluto and its largest moon, Charon. Among the new discoveries was a mountain range on Pluto’s surface, judged to be less than 100 million years old, surprisingly young for our 4.5 billion-year-old solar system. Stern referred to the youthful mountain range as “a complete surprise.”

Stern’s effort is the first since the Voyager mission launched in 1977 to explore the outer solar system and pioneer our understanding of the universe.

“It says something very deep about humans and our society, something very good about us, that we’ve invested our time and treasure in building a machine that can fly across 3 billion miles of space to explore the Pluto system,” Stern told Smithsonian Magazine.

Although Dr. Stern has soared far beyond St. Mark’s, he has always remembered the role the school played in his life.

“I really felt like looking back, St. Mark’s was very much about making a man out of a boy, and I felt that even in high school. I could feel I was on an escalator going somewhere,” said Stern, who came back to campus for his 40th reunion in April.

Soon after the New Horizons launch in 2006, Stern returned to St. Mark’s as a visiting scholar to discuss the mission. Since then, he was the commencement speaker in 2008, the Distinguished Alumnus Award recipient in 2009, and a panelist during the school’s inaugural STEM conference in 2013. 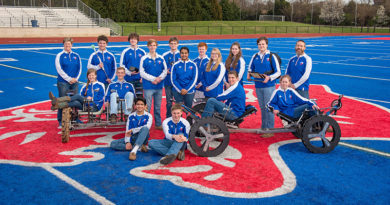 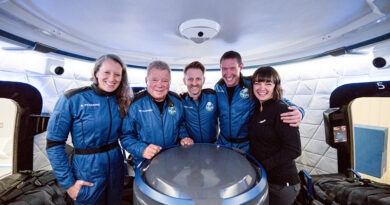