A high-school dropout who was arrested at 17, Cattell never knew her days as a seventh-grade runner would continue after years of substance abuse.

Cattell picked up her first cigarette when she was 13. Next came marijuana, followed by some experimenting with ecstasy, acid, and speed.

“I was always smart and really good at sports, and that didn’t get me any friends, so I finally said, ‘Screw it, I’m gonna go the other way,’” she said. “I started smoking and instantly got friends.”

In high school, an old friend set her up in a sting operation, and she received five felony charges. Unable to smoke marijuana on probation, Cattell began abusing alcohol.

“I drank so heavily for a year. One morning I just woke up and called my probation officer and told her, ‘Look, you either have to lock me up or just get me the hell out of Dallas,’” she remembered. “I was at a place where I just knew I couldn’t go on the way I was.”

Her officer was able to get her into a Texas Felony Drug Treatment Prison, where she spent a year. Cattell was relieved. After that, Cattell was living in Richardson and working at a denim store in Preston Center when she met author Carr Collins at a Starbucks.

“I had this nasty motorcycle, and she kept pestering me for rides,” he said.

Despite their almost 20-year age difference, the two became great friends and roommates at Collins’ home in University Park. They worked out every day at 5 a.m.

“When I met Julie, she was 22 years old, she had just gotten out of prison, and nobody had a hand to help this girl,” he said. “She still insisted on paying for half her things.”

When friends at the gym convinced Cattell to run the 2007 Dallas White Rock Half Marathon, everything changed.

“I thought a mile was hard at that point,” she said. “On that run, I fell back in love with it. It was like my renewed purpose had hit me.”

After that, she immersed herself in running and began working for the original Luke’s Locker in 2008. She formed a close friendship with the owners and later became their merchandising director.

“Once Julie started working with us, we realized we had a star,” store owner Sharon Lucas said. “I think she is able to help so many people because she is not judgmental in any way and never tries to cover up the challenges she’s had.”

Cattell’s goal became competing, so friends urged her to call Beverly Kearney, former women’s track and cross country coach at the University of Texas. Kearney took her on.

“She wants to help people achieve their dreams, so I knew I would get the hard work and feedback I needed without any sugarcoating,” Cattell said. “I know she won’t let me give up on myself.”

When Kearney told her she was moving to San Diego last winter, Cattell said she knew she had to go with her. In January, she packed her bags for California.

“I’ve had the same vision in my head since I was a kid, of standing on that podium with the American flag waving behind my head,” Cattell said. “I can’t even think about it without wanting to cry.”

Now, she is training with Kearney for the U.S. Olympic trials next June, and she has a sponsor.

“My only hope is that, when this is all said and done, somebody else can see that it doesn’t matter where you come from; you can go anywhere,” she said. “I really don’t think ‘impossible’ needs to be a word in the language.”

A Letter to the Mother I Met Tonight 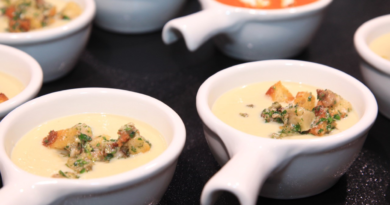