Teresa Ricado didn’t care much about making putts or perfecting her tee shots. She just needed an outlet for her stress.

Ricado came to the United States from Mexico when she was 12. A few years later, her mother was deported, and she had to start working full-time to support herself and her younger brother. Plus, she was taking a slate of dual-credit courses at Thomas Jefferson High School, where she ranked second academically in her class.

As a junior, Ricado added golf to her extensive list of extracurricular activities. And the following year, she was able to participate in Fairway to Success, an outreach program from the Northern Texas PGA that provides scholarships to economically disadvantged aspiring golfers in Dallas ISD schools.

“Being involved in golf gave me something else to focus on,” Ricado said. “It gave me hope that things would get better.”

Besides hope, the sport also landed Ricado $20,000 in scholarship money that she used to attend Texas Woman’s University in Denton, where she plans to earn her master’s degree in occupational therapy next year. She already has an internship lined up at a hospital in North Carolina.

But she admits that little of that would have been possible without the boost from Fairway to Success.

“They try to help students financially, but they also try to develop a relationship with the students,” Ricado said. “It’s a great program. I hope it continues to grow.”

It began about eight years ago as an expansion of a one-day golf scholarship fundraiser sponsored by Deloitte. As part of the program, students meet once per week for five weeks with local professionals who offer free golf instruction. Each semester culminates with a field trip to Keeton Park Golf Course.

Participating students (from TJHS, Lincoln, and Samuell) are eligible to apply for the scholarships. In the first year, NTPGA officials said there were eight applications for three scholarships. Last year, 68 students applied for five scholarships, and more than 200 students were part of the program.

“It was difficult to get the students and the schools to buy into what we were doing. It was a little disheartening those first couple of years,” said NTPGA program coordinator Katie Manor. “As we gain respect and notoriety in the schools, the students who are college-bound are recognizing that this is a great opportunity. Then they realize that golf is fun, too.”

Promoting the sport among minority students is a vital part of the program, which is why Fairway to Success offers deep discounts on rental clubs, range balls, and green fees at Dallas public courses. It also helps provide golf equipment for the program at TJHS, which has seen competitive benefits as a result.

“Once the word got out, I started having a lot more kids come see me about trying out for the team. A lot of kids have decided to try golf, and it’s made my team get much larger,” said TJHS golf coach Matt Summers. “The kids are focusing on what they need to do to stay eligible. They’re looking ahead. It makes them think of the future, and that’s something a lot of teenagers don’t think enough about.”

Jocelyn Rodriguez, a 2015 TJHS graduate who earned a scholarship as part of the program, said Fairway to Success helped pay for her to attend Texas A&M this fall, where she plans to major in biomedical science.
“They teach you the basics of golf but they also get to know you,” said Rodriguez, who also played softball for the Patriots. “I never thought I would play golf before. It was a lot harder than I thought it would be, but it was a really fun experience. It teaches you to be open-minded and try new things.”

Away from the golf course, Deloitte provides mentors who remain in touch with students through graduation and beyond.

“It’s not just a scholarship program,” Manor said. “We’re giving them what they need to be successful.” 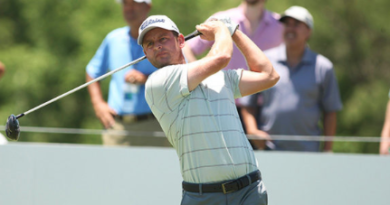 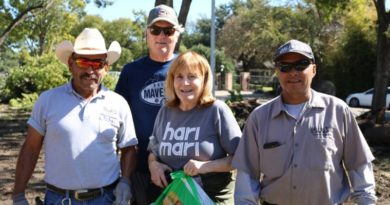