State representatives Morgan Meyer and Jason Villalba have different stories on how they got to the Capitol floor.

Meyer just finished his first session in office following a contentious primary runoff election, while Villalba breezed his way into a second term, but the two Republican officials both have plenty of post-session work to do.

With the 84th session behind them, both legislators agree the session was overall fiscally conservative in terms of budget and tax relief, but three issues keep rising to the top of residents’ priorities: education, infrastructure, and safety.

Education is always a hot topic — from Robin Hood to safety to voucher systems. But this session saw a $130 million investment into the state’s pre-K system, which gained some outright support and required convincing with others.

Meyer said his constituents “overwhelmingly supported” the expansion, while Villalba admits that he had to come around on it.

“What I learned during that debate [was that] the more recent studies will show that the outcomes do not dissipate after third and fourth grade,” he said. “There was a study from the University of Texas this year that showed us if you make an investment in pre-K … that child will not be leaving the school system in eighth or ninth grade.”

But what does such an investment mean for the state’s “rainy day” fund, which now houses about $11 billion? Debate went on between House Democrats and Republicans on whether to save more or spend more on programs such as education. Villalba sees the debate coming down to one-time expenses versus recurring expenses.

“We do have to plan for a time in Texas when oil and gas just isn’t producing the kinds of revenues it is today,” Villalba said. “Once you rely on a fund that’s there for a recurring expenditure, then you end up in a situation where you don’t have that money down the road [and] you’re left without those resources.”

One such example of those one-time expenses is infrastructure. During the 83rd session, that meant spending some on the state’s water bank. This time, it meant transportation and roads.

“In my district, everyone is certainly well aware that investing in infrastructure actually saves you money down the road,” Meyer said. “Voters understand … if you’re going to use part of [rainy day], let’s invest in it.”

Though these two legislators hear their constituents’ concerns and keep them at the top of the list, they also have issues of their own to pioneer — for Meyer, that means school ratings and safety.

“One of the bills I carried on behalf of the governor dealt with an A-F rating system for school campuses to make sure those schools are held accountable,” Meyer said. The bill was rolled into another accountability bill that eventually passed.

Villalba, on the other hand, continued his work with Mothers Against Drunk Driving and took up new action to help home builders provide green yet economically feasible homes to families and buyers.

“Our proudest accomplishment was to get the ignition-interlock bill signed by the governor,” Villalba said. That means those convicted of drunk driving can drive with an occupational license — only if they pass the ignition interlock test (which functions as a breathalyzer on your car). The bill had been attempted, in some form or another, five times over the past 10 years before finally passing this term.

“You cannot start your vehicle unless you are completely free of alcohol,” he said. “We’ve seen a dramatic decrease in recidivism.”

So what’s next on their agendas when the 85th session rolls around? Meyer will continue to seek a November rather than May election for DISD, security for schools during voting periods, and ethics regulations for elected officials. Villalba will continue to focus on fighting domestic violence and building economic development and job creation.

Both will continue to prioritize how finances are allocated among school districts across the state — a redesign that is in its infancy as far as legislators are concerned.
But for now, both family men agree, as Meyer put it, “it’s good to be home.” 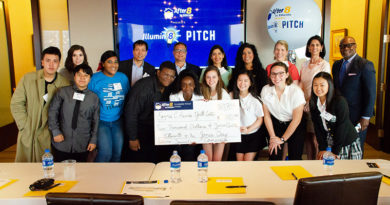 ‘Shark Tank’ for the Homeless