Skulduggery of the week: Shopping Spree

At 6:22 p.m. on Sept. 26, a thief bought $3,675 worth of merchandise with a stolen American Express card at Giuseppe at Highland Park Village. The miscreant originally presented a Visa card for the purchase but it was declined, just like an attempted $10,000 purchase earlier at Chanel. The owner of the cards suspects they were stolen from a wallet inside a locker room at Lakewood Country Club earlier that day. They were cancelled after bank inquiries.

21 MONDAY
At 11:22 a.m., Jonathan Hailu, 22, was arrested in the 3200 block of Mockingbird Lane on charges of possession of marijuana and possession of drug paraphernalia.

22 TUESDAY
At 10 p.m., Ryan Chea Cole, 40, of Dallas was arrested at Highland Park Village on a charge of driving while intoxicated.

25 FRIDAY
Between 1 and 7:40 a.m., a burglar broke into a residential construction site in the 3900 block of Bryn Mawr Drive and stole $9,830 worth of tools, including two Graco paint sprayers and a Ridgid vacuum cleaner. 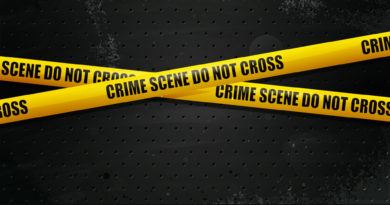