“Obviously, we grew up drinking tea, But It’s funny how well fresh-brewed tea is doing in the upper midwest…”
–Rick Scheer

If you ask Rick Scheer’s kids what he does for a living, they will tell you he has a tea stand downtown.

The Preston Hollow resident and his business partner, Jeff Farris, are in the tea business, but their outreach is a little wider than a sidewalk stand — they operate Teazzers, a company that provides restaurants and convenience stores with fresh-brewed tea and lemonade options.

“I worked in the convenience-store channel and never could get a good glass of iced tea,” Farris said. “That’s what really started the company 20 years ago.”

The two met in college at the University of Oklahoma and launched their company in Dallas several years after.

“There was no really good, fresh tea solution. There was bottled or something off the fountain, but it wasn’t iced tea,” Scheer said. “So we had the vision to invent the machine that fresh-brewed tea by the glass.”

Since then, they have invented and patented a machine that fresh-brews tea by the glass. They started distributing the product to convenience stores, and eventually, to restaurants. In addition to the device, they provide a line of regular sweet and unsweetened teas as well as flavored teas such as Scheer’s favorite, the green tea pineapple papaya. In the past year, they have also added lemonade to their “menu.”

“Every restaurant or convenience store pretty much has a tea brewer. So what this can do is a high-quality, fresh lemonade product without having to buy a new machine,” Scheer said.

Within the last six months, they have partnered with 7-Eleven to get their products in 2,000 to 3,000 stores. Their products can also be found at QuikTrip.

“There’s a considerable paradigm shift that the consumer is moving away from carbonated soft drinks and going to the non-carbonated options,” Farris said. “It’s just a little bit healthier of an option, and it seems to resonate.”

But regardless of consumer trends, they know one element that will never go out of style.

“Quality counts and integrity counts,” Scheer said. “It goes back to drinking something that tastes good.”

As evidence of their growth, the pair recently moved their warehouse from downtown Dallas to Farmers Branch, which will allow them to double their production capacity by focusing on tea blending.

“It’s certainly perceived as a Southern thing and it is — obviously, we grew up drinking tea — but it’s funny how well fresh-brewed tea is doing in the Upper Midwest like Michigan or any other northern place,” Scheer said. “They’re like, ‘Wow! Where was this all along?’” 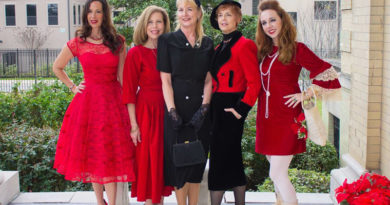 Entrepreneur Tries Healing Under the Skin