“What matters about you is not your external appearance. … It’s a really important message for the kids, but also for the moms…”
–Michelle Collins

Dr. Melody Moore is something of a “lovologist.”

As a clinical psychologist, she preaches self-love to her patients who suffered from eating disorders and body shaming. As a dedicated yogi and yoga instructor, she connects her mind, body, and sprit to the notion of self-love. And as the founder of Embody Love Movement, she’s sharing it with the masses.

The nonprofit organization empowers women and girls to embrace inner beauty. It was launched in 2011, providing a refreshing message in a society where there are pressures to look a certain way.

“I really believe that negative body image is detrimental to the way that we view ourselves as valuable,” said Michelle Collins, executive director for Embody Love Movement. “What matters about you is not your external appearance. That’s our motto. It’s a really important message for the kids, but also for the moms, because a lot of kids experience body shaming at home and at schools.”

The message especially hits home for Moore. The UT Southwestern Medical School graduate grew up in a family where she felt physical beauty was held in the highest regard. During her post-doctoral internship, she had to face her adolescent self and the struggles that she encountered in her home life.

“I was offered an internship at Children’s Medical Center for pediatric eating disorders because I requested to work with adolescents,” Moore said. “I did not want to do it because I came from a family where my sister had an eating disorder, and beauty and thinness were celebrated. What I found there, though, was that I really had a connection to those girls and to that patient population.”

When Moore entered private practice in 2006, about 90 percent of her patients were children with eating disorders. She implemented group therapy treatment as a tool for them to empower one another. The impact gave her the inspiration to create Embody Love Movement.

“I had this magical group of six adolescent girls that stayed in therapy with one another for five years,” Moore said. “It culminated and ended with them being incredibly empowered, fully recovered, and trusting in one another — having brave, courageous, vulnerable conversation with one another, and really relying on each other for support.”

When someone is struggling with alcoholism, they have Alcoholics Anonymous for support and accountability. Drug addicts have Narcotics Anonymous. Moore didn’t see any such resources for eating disorders, nor was there any relapse prevention that involved community engagement and support.

Embody Love Movement has served more than 3,000 women and girls, and given them an opportunity to pay the message forward. The organization offers several programs and interactive workshops to the community and in schools. Embody Love Movement clubs have been established at several campuses, including Highland Park High School, Hockaday, and Ursuline.

“This is how we get girls to be more purposeful,” Collins said. “Currently we’re in 17 states, and we are training people in Australia and in London.”

For the last three years, the organization has hosted an annual One Love Fits All event at NorthPark Center, in which people of all ages and genders come together for a community yoga class with proceeds benefitting the organization. Participants are asked to raise or donate a minimum of $50 to participate in the class.

“It’s such an awesome feeling to look out every year and welcome everyone to One Love Fits All knowing that we are here for this common purpose,” Moore said. “We’re one community and we stand together in hopes of making this change and creating a conversation that’s not full of criticism but full of kindness
and compassion.” 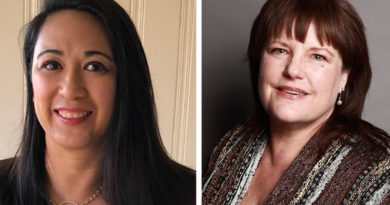 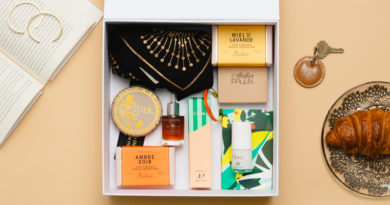