Many frequenters of Highland Park Village lamented the departure of longtime anchor store Tom Thumb. After all, there’s been a grocery store within Village borders since its debut in the 1930s with Hunt’s Grocery.

But one store is hoping to fill that void. Royal Blue Grocery is finally slated to open this fall.

“We fell in love with the concept and wanted to bring it to Dallas,” co-owner Zac Porter said. The Dallas native is opening shop along with his wife, Emily Ray-Porter, and business partner Cullen Potts, a University Park resident.

The Royal Blue grocery chain, which began in 2006, is based in Austin — in fact, the Highland Park Village location will be the first store outside of Austin, where five are already located.

“It’s kind of like the grocery store that our parents grew up having, but it’s brought into the current era with our product offering: pressed juices, kombucha, gourmet goods, and conventional items,” said Porter, who has officed in Highland Park Village for four years. “We were thinking Dallas needed it, and there’s no stronger community in Dallas than the Park Cities.”

The new store will total 6,000 square feet and operate from 7 a.m. to midnight daily. The grocer will include produce, bakery, and deli sections, in addition to floral, wine and beer, and catering. There will also be a café with seating for more than 70 people. The café, which will offer breakfast, lunch, and dinner, will also include patio seating and Stumptown Coffee — which will be the first time the Portland-based bean provider has hit the Dallas market.

“Most employees [of the Village] ate lunch at Tom Thumb. So when they lost Tom Thumb, they lost their place to have lunch and hang out,” Potts said. “Why not give them an option of a place where they can actually sit down and grab something they want off the shelf and hang out?”

Of course, that chance to relax isn’t just for the employees of the center. Potts remembers coming to the Village to hang out as a kid, and he hopes Royal Blue will help bring that sense of destination back.

“The Village was never just stop-and-shop,” he said. “I used to come and spend half a day here. This gives an opportunity to bring that back. It gives a gathering spot to hang out and relax.”

To add to that community vibe, Porter said there will be dog bowls and bike racks in front of the store. To make things easier on shoppers, there will also be dedicated parking facing Preston Road.

But all of these amenities didn’t come without a price — the grocer was originally slated for a summer opening.

“We wanted to get it right and not just do it fast,” Porter said. “When you’re working with a building that was originally built in 1931, you’re going to find things once you get started, so we had some surprises.”

The business partners explained those surprises were both good and bad. Though they had to replace the roof and air conditioning, they were able to restore the original terrazzo flooring.

“I was like, ‘Oh my god, we have to keep this. This is the original building. We can’t tear this out,’” Potts said. “So we kept slowing ourselves down saying, ‘Let’s get it right. Let’s enjoy this.’” 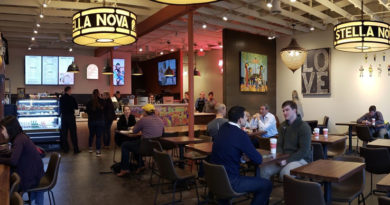 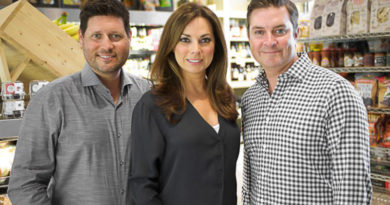