Noah Mills couldn’t focus in class. He was 18 months younger than most of the kids in his grade, and he was much smaller. He had been diagnosed with ADHD and heavily medicated as a result. But even with his prescription, he couldn’t concentrate on tasks and lessons.

The Mills family moved from New Orleans to Dallas in 2005, a week after Hurricane Katrina hit. Noah was 8 years old. He was bullied daily in school. His mother, Hollee, knew he needed a different style of teaching, but didn’t know where to find it.

After trying a learning differences school in Dallas and a military boarding school in Virginia, Hollee decided to try The Winston School. Noah met with Rebbie Evans, now head of school at Winston, and Hollee still remembers what she said: “Noah, you’re lucky to be here. Not everyone gets to meet me.”

“Only the really smart kids get to meet me,” Evans replied.

Hollee recalls the way her son’s face lit up after being called smart. He had never heard that at school before.

Noah was accepted into Winston in 2012, and is set to graduate next May before he heads off to college.

“He was celebrated there,” said Hollee, president of the Winston Parent Teacher Organization. “He had never been celebrated for being different.”

Winston is celebrating its 40th anniversary, still priding itself on being a safe place for smart kids who learn differently.

“The teachers love the way the kids think,” said Liza O’Connor, director of development. “It’s not that they think outside of the box, it’s that sometimes there is no box.”

The 40th school year kicked off with a red-carpet welcome for all Winston students on the first day of school. Every student was greeted by name and cheered on by all the faculty and staff.

Winston broke ground on its new fine-arts building in mid-October as part of the anniversary celebrations. The new building will have a 225-seat auditorium, music and dance studios, a media center, galleries to display student art, and more. The school also has become known for its annual spring science fair that is open to students from any school. Some students come from out of state to participate.

“I get real emotional when I think about the 40 years Winston has been maximizing potential and inspiring success,” said Evans, who has been with the school for 30 years. “Our students are going to be the movers and the shakers of the future.” 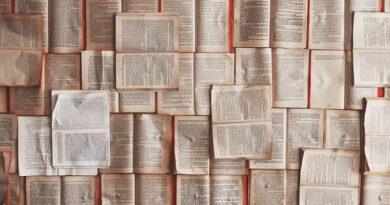