The HP girls will open the tournament against Woodrow Wilson, while the boys start by playing Midlothian. Each team will play on all three days. The championship games in both brackets will be on Saturday.

Both HP squads will enter the tournament unbeaten, after the boys edged South Oak Cliff in their opener on Tuesday, while the girls have beaten Rockwall and Rockwall-Heath. 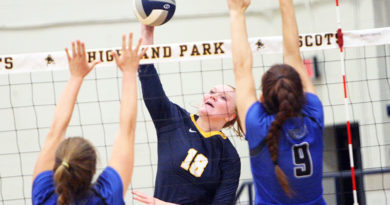