Meet the Idlewild Club’s debutantes, who took the stage on Nov. 21 at the Renaissance Dallas Hotel for the club’s 128th annual ball. Congrats ladies.

is the daughter of Margo and Kyle Richard Burnett, Sr. of Dallas. She is the granddaughter of Marilyn Simmons and the late Robert D. Simmons of Oklahoma City, as well as Elizabeth Burnett and the late Wayne E. Burnett, Sr. of Corpus Christi. Elle is a graduate of Highland Park High School and she earned her Bachelor of Arts with a double major in history and studio art and a minor in corporate strategy from Vanderbilt University.

She is an analyst for Burnett Petroleum Company in Dallas.

is the daughter of Sharon and Robert Bruce Dewberry of Dallas. She is the granddaughter of the late Dorothy and Lawrence R. Herkimer of Dallas and Barbara and James A. Dewberry, Jr. of Dallas. Emily is a graduate of Highland Park High School and is a senior at Texas A&M University pursuing a Bachelor of Arts with a double major in political science and English.

Emily’s mother, Sharon Herkimer Dewberry, is a former Idlewild Club debutante along with her aunts, Marilyn Herkimer Weber and Carolyn Herkimer Cooper. Emily’s cousin, Harriet Tatum Weber will be joining her to make her Idlewild debut this year.

is the daughter of Corinne Calder Lewis of Dallas. She is the granddaughter of the late Corinne Kelly Calder of Dallas and Hugh E. Calder of Richardson, and Gayle Lewis Schwab of Dallas and the late Glenn W. Lewis of San Angelo. She is a graduate of Highland Park High School and attends the University of Texas at Austin. She is pursuing a degree in mathematics with a minor in business.

She is the events and marketing coordinator at Modern Luxury and volunteers at North Texas Food Bank and The Bridge North Texas.

is the daughter of Sharron Lynne Hunt and David Murray Munson, Jr. of Dallas. She is the granddaughter of Mona and David Murray Munson and Norma Hunt and the late Lamar Hunt of Dallas, and Rose Mary Whittle Carr. Isabel attended the Episcopal School of Dallas. She is a senior at Northeastern University in Boston where she is working toward a B.S. in economics with a minor in mathematics.

She is currently employed with Soofa, a tech company in Cambridge, Massachusetts.

is the daughter of Marilyn and Bennet Ross Weber, Jr. of Dallas. She is the granddaughter of the late Dorothy and Lawrence Russell Herkimer and late Harriett and Bennet Ross Weber, both of Dallas. Hattie is a graduate of The Hockaday School and Wofford College, graduating with a Bachelor of Arts degree in philosophy. She is employed with Preston Bailey of New York City. 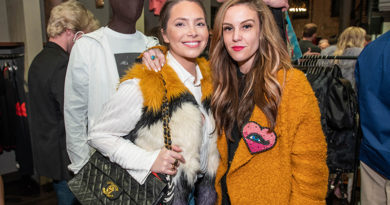 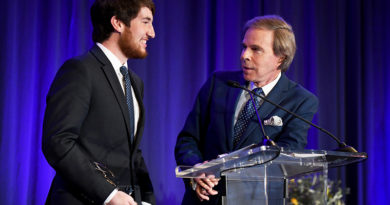