Do you see Preston Center as a regional shopping destination, or is it more of a collection of neighborhood retailers and restaurants?

As members of a volunteer task force establish recommendations for the future of the aging shopping center during the next several months, the very identity of the mixed-use development is where it starts.

There are fundamental issues with traffic and pedestrian access — that can be agreed upon by everyone from property owners to neighbors to city officials. But the ultimate fix could go in a number of different directions.

“Our traffic is a really big thing,” said Jana Mueller, who lives in the area behind the pink wall. “I’m not sure what the solution is.”

Mueller and her neighbors might be separated by only a few blocks from the area in question, but it seems like miles because of the heavily congested intersection of Preston Road and Northwest Highway that lies at the heart of the task-force study.

The 13-member task force includes business owners and residents surrounding Preston Center. It’s being chaired by District 13 council member Jennifer Gates, and is being funded in part by the North Central Texas Council of Governments.

The group has met at infrequent intervals for almost a year, trying to establish priorities and solicit input, with a goal of next spring to produce a series of guidelines for city leaders with regard to future zoning and development cases.

In the meantime, two key projects proposed within the task-force study area have been met with mixed results. On Nov. 10, the council approved a rezoning plan for Transwestern to build a luxury apartment complex on 3.5 acres at the northeast corner of the Preston-Northwest Highway intersection that will include four stories and 164 units with underground parking.

The parking data shows that the number of cars in Preston Center parking lots usually varies depending on the time of day.

“I think this is a good project for the neighborhood,” said council member Lee Kleinman. “The developer spent a long time with the neighborhood working with amenities and concessions.”

Earlier this year, Crow Holdings filed a request to build a pedestrian skybridge connecting the second level of the Preston Center parking garage to a retail structure on the west side, in order to lure a Tom Thumb supermarket to the site. That idea received a lukewarm reception, and has been tabled until next summer.

On Nov. 3, the task force held a community open house to solicit input about the results of a traffic and demographic study by consulting firm Kimley-Horn.

who lives in the study area

Among a sampling of the disparate thoughts: no big-box stores or walk-in bars, adding a theater, more retirement communities (with mixed feelings about height and density), traffic-signal coordination on Preston, and more green space for new projects. NCTCOG workers diligently recorded the ideas, regardless of their feasibility or practicality.

“Everybody knows change is coming,” said Preston Hollow resident John Pritchett. “Let’s do it in a rational fashion with input from all the stakeholders.”

As part of the task-force calendar, more public workshops will be scheduled early next year and an online option is available to provide input as well. 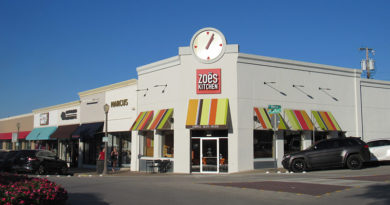