As a part of the $129.5 million Dallas ISD interim bridge plan that was approved in March, W.T. White High School and Nathan Adams Elementary School are on the list of schools to undergo construction and renovation.

At a meeting at W.T. White High School on Dec. 2, members of of the community gathered to discuss the construction plans that have been proposed and will be put up for bid in February 2016.

W.T. White, which currently has 29 portable classrooms, plans to remove 27 from its campus and move students into new classroom space. A new, three-story wing, with 10 classrooms per floor, aims to provide more teaching space for students.

Along with this addition, the possible renovations also include a new canopy to the student parking lot, structural repairs, front entrance upgrades, more parking, and library renovations.

Likewise, Nathan Adams Elementary School intends to create more classroom space, primarily for pre-K and kindergarten use. The new addition would consist of a 19,000 square foot building with around 10 new classrooms.

The elementary school renovations also include a new drop off lane, refinish and paint lockers, fix the air conditioning, and make renovations to the library.

While plans are being finalized, both projects are projected to begin the summer of 2016 and finish before the start of the 2017-18 school year.

DISD Budget Talk is Coming to a School Near You 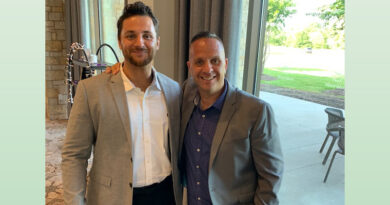