For some, that means sending out Christmas cards (which may be too politically incorrect, so Season’s Greetings or Happy Holidays may be on a card in your mailbox instead of Merry Christmas). And this year you won’t find a religious stamp on any envelope as the pols in Washington nixed those.

Surely we can agree on the message, “Peace on Earth, goodwill toward men” (and women, children and pets) — except it’s so hard to find many peaceful places. The headlines barrage us about the waves of Syrian war refugees while we’re still reeling from our own immigrant wave from Central America and Mexico. Populations are on the move, sort of like that Roman census 2015 years ago in Israel involving a pregnant teenager on a donkey and her fiancé en route to Bethlehem. Yet there are also everyday people doing extraordinary things in our community to effect peace one relationship at a time.

When Ali, a former Iraqi interpreter for the American army in Iraq, and his family escaped from certain persecution and death, they were routed to Dallas through the Refugee Services of Texas. About the same time, a doe-eyed attractive brunette, a wealth manager and divorced Texan of a certain age was restlessly searching for a project to make her life more impactful.

When a guest Episcopal priest and former Muslim visited her church, asking for volunteers to help the Gateway to Grace nonprofit aid other political refugees to Dallas, Penne Stafford perked up. She had no idea there were thousands of political refugees in Dallas. Not particularly political, she was nevertheless attracted to the idea of a short-term project to help a family get situated.

When she was assigned a Muslim family of seven, it wasn’t what she had in mind for her Christian philanthropy, and she had the innate sense this might be trouble. Meeting this frightened family who was living in a squalid two-bedroom apartment with no belongings at all, in what she dubbed “a crack area,” galvanized her take-charge personality. None but the very kind and protective father spoke English, and the 4-year-old had spina bifida. Her image of the Arab male as chauvinist pigs was quickly revised. Her bias toward people of no means having so many children evaporated as well.

Ali explained in his culture that it was normal, even desirable to have a large family to help survive. And like her, he was horrified by radical Islam. Through Stafford’s efforts, they were able to get five months of government checks released that had stalled in a fishy bureaucratic maze. For those of us who deal with inept bureaucracies daily as American citizens, not intimidated by our daily surrounding, it is easy to imagine the relief and gratitude this family felt.

She then procured a four-bedroom apartment, some toys and supplies, and liaised with doctors and a network of government workers. At no time did she proselytize, but she came to have respect for the faith of this family, who was kind and loving. She has attended one daughter’s wedding, joined meals and family celebrations, and is now conversant on the various Islamic political factions. “People have this monolithic view of all Muslims and they are as varied as Christians,” Penne now tells people.

About a decade ago, Park Cities resident Carol Casey sold her IT company and retired to enjoy her life and travel. During her month-long tour of China, the gregarious, statuesque redhead was an instant ambassador of goodwill. In western China, where most tourists never venture, the petite Chinese were agog and would stop to stare at her and touch her hair.

Charmed with her Asian adventure stateside, Carol gravitated toward a local secular program she learned about in her church. She discovered the International Friendship Program, whose mission was to “build a bridge of friendship between the international students at SMU and Americans in the Dallas area.”

Bright young people from around the world were asking for the chance to meet families, to see more than the culture they knew from movies and sitting in a classroom. A single lady who has no children and who lives close to campus, Carol signed on. The host commitment was minimal: an outing a couple of times a year or maybe a home-cooked meal, no money, and the chance to answer questions that anyone living away from home might have.

What was going to be a few phone calls has become Carol’s passion. She still Skypes regularly with SMU graduate Ibthal in Saudi Arabia, who still tells her from her kindnesses “I love you so much!” From Futian in China, who called Carol his “mom,” came an email and a web photo of his girlfriend.

“Through this program I have come to learn that these bright young students, many who will go back to their countries and become leaders, are far away from home and they are homesick. This is truly an excellent opportunity to build goodwill between the U.S. and other countries. When people ask me if I have children,” Carol beams, “I tell them I have dozens.”

Blessed are the peacemakers. Merry Christmas. 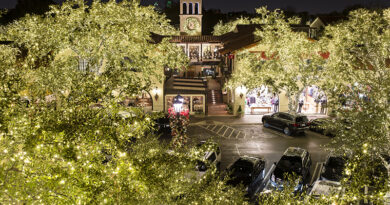 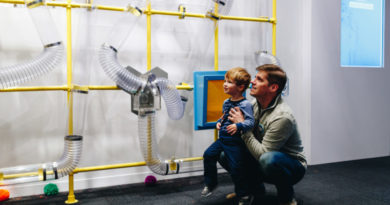 One thought on “Blessed Are the Peacemakers”