After selling off many of his assets, including his prized art collection and properties around the world, Sam Wyly’s bankruptcy proceedings with the IRS are headed for a final showdown in a courtroom.

The Texas Lawbook has the particulars of a trial that’s scheduled to begin today in a federal bankruptcy court, where the government will argue that the Highland Park ex-billionaire entrepreneur and philanthropist owes hundreds of millions in back taxes.

Wyly, 81, filed for bankruptcy in 2014 along with his sister-in-law, Dee, whose late husband also is accused of committing securities fraud by hiding assets in offshore trusts. 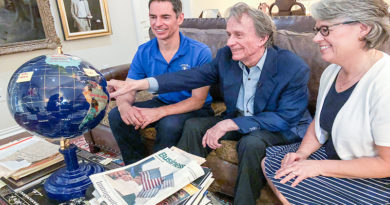 ‘All Roads Lead to Dallas‘