There aren’t any definitive plans to construct a high-speed cantilevered expressway, or toll tunnel, or whatever, through the heart of Preston Hollow just yet. Right now, it’s just speculation.

But the North Central Texas Council of Governments has started floating the concept, with two possible routes for a potential underground highway as an east-west regional reliever through Dallas.

One of them could run through the Oak Lawn area, and the other along Northwest Highway, approximately between Hillcrest Avenue and Love Field.

It’s not yet known whether such an idea would even be economically feasible, but local residents and city officials are split on whether building more roadways would be the right solution to neighborhood traffic issues.

“We have a huge east-west problem in Dallas, where Woodall Rodgers is overwhelmed and Northwest Highway is overwhelmed,” said Michael Morris, NCTCOG transportation director, who proposed the idea. “Mockingbird has constraints where they don’t wish a lot of traffic to go through the Park Cities. I want to provide better east-west access in Dallas to take regional trips off of Northwest Highway and off of the east-west thoroughfare streets.”

Dallas City Council member Jennifer Gates is spearheading a task force that has been studying traffic and parking issues around Preston Center since late 2014. NCTCOG is funding the bulk of the task-force work. In particular, the task force is trying to shape future development and improve walkability around the intersection of Preston Road and Northwest Highway.

Critics of the tunnel idea contend that providing more lanes for regional drivers does not reduce neighborhood congestion.

According to figures from the Texas Department of Transportation, traffic on the stretch of Northwest Highway in question has dropped 14 percent in the past 12 years without any additional lanes or roads being built, and is continuing to trend downward.

Former Dallas Mayor Laura Miller, who serves on the task force, said the tunnel concept could allow Northwest Highway to be reconfigured into a four-lane parkway that would benefit the surrounding neighborhood.

“I think it can be done in an unobtrusive way. You could significantly improve Preston Center if you built a tunnel,” Miller said. “I think it makes a lot of sense, whether you do it from Central to the Tollway or you do it for a longer distance.”

Morris said population and job growth will lead to more traffic throughout the region, putting additional strain on both LBJ Freeway to the north and Woodall Rodgers Freeway to the south.

“A tunnel designed to remove the pass-through traffic traveling east-west on Northwest Highway would significantly alleviate congestion in the neighborhoods around Preston Center,” said Steve Dawson, who lives near the intersection in question and also serves on the task force. “The dramatic reduction in surface traffic would facilitate greater ease of access to east and west Preston Center from the residential zones affected.” 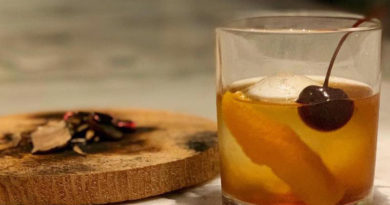