Every time Highland Park threatened on Monday night, Skyline had an answer.

The final instance came in the closing minutes, when the Lady Raiders held off a late rally to end the season for the Lady Scots 47-43 in the bi-district round of the Class 6A Region II playoffs.

Skyline had a size and speed advantage but needed a pair of free throws by Jaylan Gulley with 11 seconds left to finally close out a resilient HP squad that erased an 11-point deficit earlier in the fourth quarter.

“I’m proud of their effort,” said HP head coach Nicole Villarreal. “In terms of size and physicality, obviously they had us. But when we stuck with out game plan, it worked really well.”

The Lady Raiders (20-13) used their pressure defense to force a flurry of early turnovers by the Lady Scots (16-12). When HP had a field-goal drought of almost seven minutes midway through the first half, Skyline took control with a 12-1 run that included the game’s only lead change.

After the Lady Raiders stretched the lead in the third quarter, the Lady Scots began chipping away with some clutch outside shooting and a solid defense that forced 23 turnovers in the game.

A 3-pointer from the corner by Morgan Smith cut the deficit to 38-36, and Eve Loewe followed with a short jumper to tie the score with 5:22 remaining in the game. But HP never was able to take the lead.

HP’s struggles from the free-throw line were costly, as the Lady Scots made just seven of 18 foul shots in the game. Skyline had its difficulties from the charity stripe in the closing minute, missing six straight at one point, but the Lady Scots couldn’t capitalize.

Gulley finished with a game-high 13 points for the Lady Raiders, but the big difference came in the paint, where Skyline had four players taller than anyone on the HP roster. Jamesia Amand had eight points and 11 rebounds before fouling out late, while freshman Kyjai Miles also contributed eight points and 11 boards off the bench.

Although HP was eliminated one round sooner than last season, Villarreal said the 6A postseason experience should benefit her squad, which will lose five seniors but will have several key contributors returning next season – when the Lady Scots will drop down to Class 5A – including Roberts, Loewe, and Smith.

“The girls did exactly what they needed to do this season,” Villarreal said. “These girls never stop fighting. They’re very competitive. Going forward, they set the standard for what Highland Park basketball is all about.” 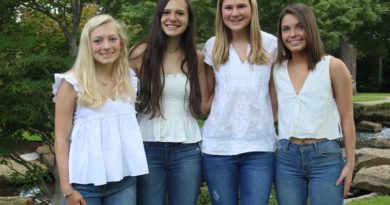 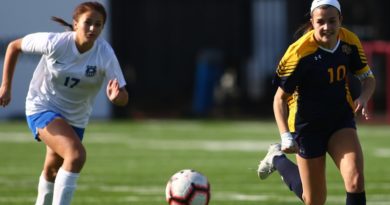