Congratulations to the girls soccer team at Providence Christian School, which won the recent TAPS championship game in an overtime thriller.

The Patriots were tied 1-1 after regulation against Prince of Peace Christian, and after two scoreless overtime periods, the game was decided in penalty kicks, where Providence’s Ryan Bozman, Grace Meyer, and Landry Bozman scored the winning goals. 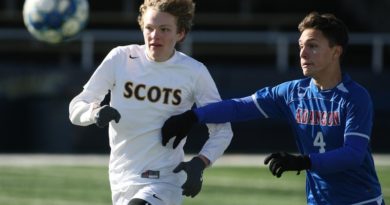