Amid all the noise in the crowd, Jesuit lefthander Jacob Palisch kept the Highland Park bats silent.

Palisch fired a no-hitter and struck out 15 Highland Park batters as the Rangers beat the Scots 4-0 in Game 1 a Class 6A Region II quarterfinal series on Thursday at Scotland Yard.

Palisch, a junior who has verbally committed to Stanford, allowed just one baserunner, and that came on a fifth-inning walk to Turner Rejebian.

“What he did is almost unthinkable,” said Jesuit head coach Brian Jones. “He struck out the first 12 he faced against a very strong Highland Park team. To say the least, he was dialed in tonight.”

“We had one bad inning with the errors,” said Highland Park head coach Travis Yoder. “Palisch has great stuff, and you can’t spot them three runs with pitching like that.”

William Adair pitched another good game for HP, allowing only one earned run while striking out five. But the Scots’ bats were stymied by Palisch.

“Hats off, the kid threw a no-hitter,” said Yoder. “Fortunately, it’s a best-of-three-game series, and we have another shot tomorrow night.”

Noah Williams relieved Adair in the top of the sixth, and needed only nine pitches to get through the inning, striking out two and forcing a ground out to third.

But Bryce Bonner, a Purdue signee, hit a two-out RBI single to put Jesuit on top 4-0 heading into the bottom half of the last inning.

Palisch struck out the lead-off batter, and the next pitch was hit hard by Adair and appeared to break up the no-hit bid.

But shortstop Matt Horvath made a diving catch toward third base to preserve the no-hitter, and Palisch fanned the last batter to end the game.

“I have a great defense behind me,” said Palisch. “I was able to really locate my pitches tonight, and I was just trying to do what I could to put my team in a position to win.

Jesuit’s Kyle Muller, a Texas signee and likely MLB draft pick, went 1-for-3 with a walk and a run scored. He is scheduled to pitch in Game 2 on Friday at Jesuit’s Wright Field.

“I’m thrilled for our team,” Jones said. “A no-hitter against one of our rivals in the third round of the playoffs — like I said it’s nearly unheard of.” 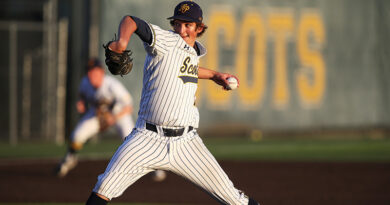 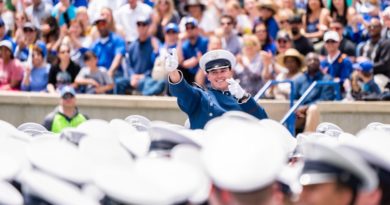