Parish middle schoolers are tackling the difficulties of being a tween in a student-written and -produced play, Stuck in the Middle. The cast performed the show for their classmates in March and April, and at the Episcopal School of Dallas in May.

“When looking into the audience at the end of the show you could see people tearing up and reacting to what happened,” Weinstein said. “People need to know that it’s okay to have problems and it’s okay to have issues, because they can be solved.”

The play’s characters originated from monologues the students wrote for an assignment last year. Their teacher Jessica Barnett was so impressed with their work that she asked if they would like to craft their monologues into a play.

Eighth-grader Lauren Chappell portrays Alex, a young girl with an eating disorder. Although she doesn’t identify with the character’s battle, she understands some aspects of her insecurities.

The play challenges the actors and the audience to think about how their words and actions can affect others.

“You never really know until you walk around in someone’s shoes and get their perspective,” Chappell said. “After this play, I have a new outlook on how to deal with these issues.”

When difficult situations arise, not all students will turn to grown-ups for help. It’s important for parents to be aware and talk to their children.

“I advise parents to listen, provide empathy, and do their best to be neutral,” said Elaine Charles, Parish’s lower and middle school counselor. “Ask the child if they want your help or just want to get it off their chest. Also, encourage your child to speak up and call out the behavior.”

The play’s writers, actors, and crew hope that they are encouraging viewers to be proactive.

“This play talked about a lot of issues that people are afraid to address,” said Katie Liddell, stage crew. “I think it’s important to talk about them, because they won’t get any better if you don’t.” From Staff Reports 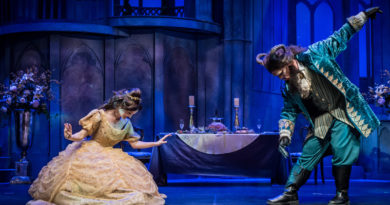 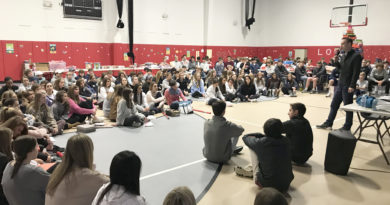