HPISD will break ground on the new elementary school in an official ceremony at 7324 Wentwood Drive on Monday, June 20 at 10 a.m., HPISD spokesperson Jon Dahlander confirmed.

The groundbreaking marks the beginning of the district’s first new elementary school build since 1948. Construction is set to begin June 23.

HPISD advise in a press release that parking will be available in Northway Christian Church’s lot on Northwest Parkway.

Look for more on HPISD’s construction plans in our upcoming issue of Park Cities People.

Girls Do the Asking for Hi-Lites Dance 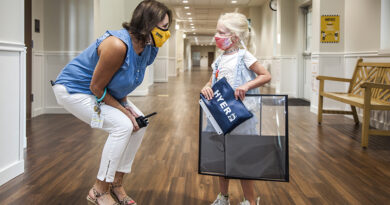 HPISD is Turning Out the Lights

2 thoughts on “HPISD To Break Ground on New Elementary”