The vestry at Saint Michael and All Angels Episcopal Church voted unanimously Wednesday to name Rev. Christopher Girata, 36,  as their eighth rector, according to spokesman Lowell Duncan.

“Through this discernment process, it became clear to me that Saint Michael has a unique role in the life of our Church and an inspiring story to tell,” Girata said in a press release. “My family and I are blessed to be joining you on this journey.”

The church has been searching for a permanent leader since former rector Rev. Bob Dannals announced his retirement in March 2015. Rev. Doug Travis has served as the interim rector since Dannals left in September.

Girata comes to Dallas from Memphis, Tenn., where he’s currently the rector of Calvary Episcopal, which serves more than 1,000 parishioners in downtown. He previously led St. Luke’s in Birmingham, Ala. as the associate rector from 2008-12.

His first day at St. Michaels will be Aug. 15. He will be joined by his wife Nicole and their son, Brayden, 10, and daughters, Layna, 8, and Annemarie, 3.

“The parish clearly told the Rector Search and Transition Committee that St. Michael’s new Rector needs to be a powerful preacher, accessible and approachable, a decisive and visionary leader, a good listener, and a friend and fellow traveler on our spiritual journey,” said Diana Newton, co-chair of the Rector Search and Transition Committee. “We found those characteristics in Chris.”

St. Michael’s was established in 1945 and with 6,500 members, is one of the largest Episcopal churches in the U.S.

Shop For Produce, Give Blood at St. Michael’s 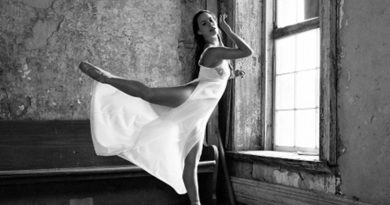