UPDATE: On June 22, Dallas City  Council approved the demolition of Valley View Mall, making way for a mixed-use development. Demolition is set to begin by Dec. 31, and developer Beck Ventures expects the tear down to take six months, according to the DMN. For a full look at the project, check out the cover story from the November issue of Preston Hollow People. The following story was published before this announcement.

Valley View Center is technically still open, but demolition is set for sometime this summer. Dallas-based Beck Ventures intends to tear down the mall to make way for its massive new Dallas Midtown development. The firm purchased the property out of bankruptcy in 2011.

The mall doesn’t see a lot of foot traffic these days. Only around half of the lights are on inside. Piped-in music serenades an empty food court. A couple of restaurants open around lunch but only attract weekday crowds in the single digits. Most of the mall’s high-profile tenants left long ago. In their place are a collection of small businesses, many of them non-retail with little in common other than a shared leaky roof.

Gilda Ordonez runs a dance studio in a space that used to house a clothing store. She rarely sees the casual shoppers who used to fill the mall, she said.

Ordonez has been in her location for two and a half years. According to her, Valley View’s less-than-sterling reputation makes some potential customers wary of her location. She is now ready to move on to her new digs in the Design District.

“It was a great place to get started, but it hasn’t really been that great with my clients,” Ordonez said. “They will pre-judge you because you are in Valley View Mall and won’t want to do business with you because of that.”

One of the few traditional retail storefronts that remains is Footlocker. Around noon on a Wednesday, sales associate Marcus said that only two people had come into the store since it opened at 10 a.m. That day, most of the neighboring businesses were closed.

“They say we will stay until the end of the year, but I don’t know what is going to happen,” Marcus said. “We get crowds when something like the new Jordans come out, but other than that, it’s usually dead.”

The lack of walking traffic is not a problem for Reilly Barrios. He runs Reilly Mix, a company that provides DJs, photos, and videographers for social events.

“This works more like an office for us,” Barrios said. “I’ve been here for more than three years, and have not met a single client by walk-in.”

Like other tenants, he says he was attracted by Valley View’s affordable rent. While nearly all the tenants are on month-to-month leases, Barrios has been told to expect seven to eight months before being told to move out.

Claudia Barrientos runs an income tax preparation business. She says business is good, and she has no desire to leave.

“I don’t think it is going to close any time soon,” Barrientos said. “I’ve been hearing that since 2009.”

Despite her skepticism, representatives from Beck Ventures say that demolition will happen. The end result will be a 17-block destination featuring retail, residential, a hotel, and a park. It will not include most of Valley View’s current tenants. The first six-block phase is slated for completion in early 2018. 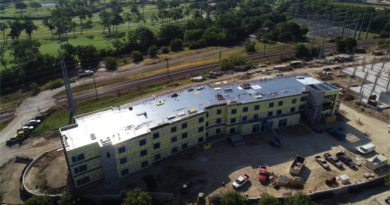 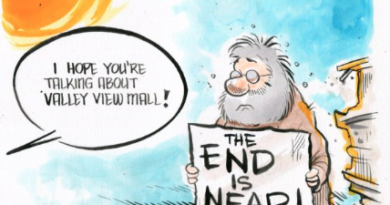 Editorial Cartoon: The End is Near 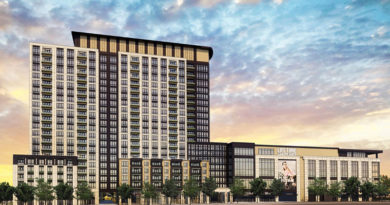 A New Neighborhood For North Dallas