While critics have complained that freestanding emergency rooms are overpriced and even deceptive, staff boast they provide high-quality and convenient services. But at what cost?

The Texas Association of Freestanding Emergency Rooms states that ERs have to charge more than non-emergency clinics in order to cover costs associated with state-of-the-art medical equipment, as well as the costs of having ER-trained physicians available 24/7.

State law requires ERs to clearly note they are an emergency facility. However, the Better Business Bureau reports numerous complaints from families who claim they were unaware of the distinction until receiving the bill.

Allen Warchol, a Dallas native who now lives in Los Angeles, was in town for the holidays last year when his daughter developed a rash around 11 p.m. Erring on the side of caution, he and his wife went to a nearby facility so a doctor could take a look. They had no idea the small building they were in was actually considered a full-service emergency room.

“We basically paid $1,200 for them to tell us to take a Benadryl,” Warchol said. “It was something we ended up buying over the counter.”

Warchol was under the impression he was visiting an urgent care facility, where costs are typically much lower.
“A situation like that where there was no testing involved probably would have cost around $100 here,” said Mickey Seidenstein, Director of Marketing and Communications at Questcare, an urgent care clinic.

Freestanding ERs are equipped to handle issues that are life threatening or require immediate attention. This includes open wounds, severe bleeding, shortness of breath, head injuries, or chest pains. This differs from urgent care facilities, which address injuries or illnesses that would normally be directed to a primary care physician: flu and cold symptoms, minor abrasions, and fevers.

ERs can handle these situations too. However, the cost of an ER is generally much higher. According to information from Cigna Medical Group, the nation’s fourth-largest health care provider, a visit to the ER costs an average of three times more than an urgent care facility.

Freestanding ER costs are comparable to costs at traditional ERs. However, at a traditional ER, your treatment may be covered by federal government programs such as Medicare and Medicaid; but not at a freestanding one.

In the past, ERs were most likely to be found attached to a hospital. The 81st state legislature passed House Bill 1357 in 2009, which authorized licensing and recognition of freestanding emergency rooms as approved emergency care providers. The law requires facilities be open 24 hours per day, always have doctors on-site, and evaluate every person who comes in for treatment.

Since then, according to a 2015 Texas Tribune study, they have been popping up in neighborhoods with incomes 49 percent above the state average, where residents are more likely to have private insurance that covers ER costs.

According to statistics from the Texas Department of State Health Services, there are now more than 200 licensed freestanding ERs in the state. More than 90 percent of them have opened in the past five years.

“We saw the opportunity to provide an efficient ER alternative to the traditional hospital setting as demand for emergency room services increased in that area,” said Medical Director of Emergency Services for Medical City Dr. Nicole Rogers. “Our strategy was always to increase access points to better deliver the quality healthcare services our community needs when and where they need them.”

Medical City ER in Preston Center is actually classified as a provider-based emergency department. As such, it is covered by Medicare and Medicaid. The facility acts as a department of the Medical City Dallas Hospital. Patients are billed with the same in-network insurance plans that they would be there.

“We offer patients the expertise of a proven network of primary and urgent care centers combined with broader resources of a larger hospital system when a higher level of care is required,” she said.

The Better Business Bureau has reported an increase in complaints against freestanding ERs over the past three years. However, complaints against Park Cities and Preston Hollow facilities have remained steady, with no facility receiving more than four complaints in any year.

QuestCare Urgent Care in Snider Plaza was one of the first area urgent care facilities to open back in 2009. The owners, who live in the Park Cities, designed the practice with the specific needs of the community in mind.

The facility now competes with several nearby opponents including Hillcrest Medical, two CityDoc locations, and an ever-growing number of freestanding ERs.

“We’ve relied on word of mouth and strong reputation to help navigate us through the competition,” Seidenstein said. “It’s definitely a challenge and we have started advertising again.”

Doctor Doctor, You’re in The News 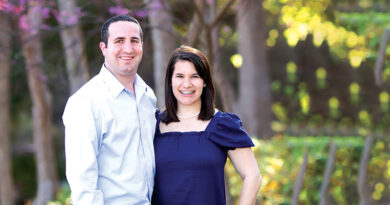 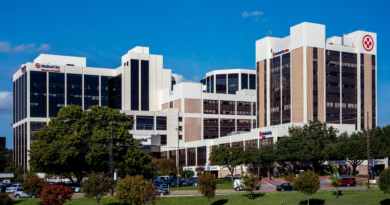