Kyle Smith has been in the world of robotics his entire life. After all, his father has a doctorate in artificial intelligence and has won multiple international flying robot competitions. But it wasn’t until Kyle was in the fourth grade that he developed a real fascination and joy for science.

Now, as an incoming sophomore at St. Mark’s School of Texas, the 15-year-old is looking forward to sparking that same interest in local third- and fourth-graders at KyleCamp, his electronics and robotics camp.

The camp will run the first two weeks in August, with a three-hour session in the morning and one in the afternoon. Smith will host the camp in his father’s lab and aims to cover simple circuitry and building a simple calculator or an AM radio transmitter.

While the teen has other projects in mind, including a robotic arm, the primary objective will be to have the campers moving robots through a maze by the end of the week.

KyleCampers will learn not just from a peer, but from one who has earned international recognition.

Smith got his start at the FIRST LEGO League competitions in 2012, when he and a few classmates won first place in North Texas. Then he moved on to his own inventions.

In eighth grade, Smith took his idea for a wilderness smoke alarm to the AT&T Fast Pitch Competition in Las Vegas. His invention, “Firefly”, would track lightning, smoke, and temperature, and would alert fire departments online if there were forest fires.

“It was a competition for adults. I was 13 at the time and everyone else was probably 20 years older than me,” Smith said. “You presented in front of judges and the public for five minutes, and they judge you. There was a People’s Choice award and a Judge’s award.”

He then took his idea to Barcelona for the Mobile World Congress in 2015, the world’s largest internet conference. Of 400 applicants internationally, he was one of 20 finalists in the International World Cup of Innovations.

“I haven’t done anything since then,” he said. “It’s been about a year, and I realized I needed to do something and I thought the best thing I could do was help kids get the opportunity to develop a passion of their own.”

“Programming, coding, engineering, and robotics is really the future, and it’s just a lot of fun,” Smith said. “Finding a passion like this and developing it is really important. I hope to pique their interest with engineering and make some kids move on and do greater things with this experience.”

When Carolyn Stalder heard of KyleCamp, her eight-year-old son Joseph immediately came to mind. While her son’s school has a robotics class, it’s not offered until the sixth grade. Smith’s plans for the camp would give Stalder a head start.

“When my mom first heard about the camp, she signed me up,” Joseph said. “And I like Legos and all of that stuff, so I think it would be pretty fun to go to a robotics class with Kyle.” 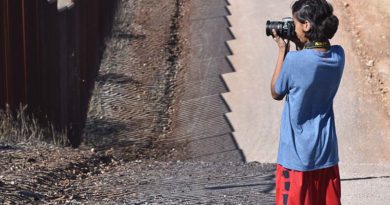