While some would look at the label Improvement Required (IR) in a negative light, Edward H. Cary Middle School principal Ben Dickerson sees it as an opportunity.

During his first year at the school, Dickerson worked with faculty, staff, parents, and community members to form a campus turnaround plan after Cary was identified as an IR school by the Texas Education Agency (TEA) for a second consecutive year.

According to House Bill 1842, once a school is identified as IR for two years based on low performance in student testing and accountability, a turnaround plan must be developed and submitted to the TEA. The plan must include the campus’ approach to producing significant achievement growth within a two-year time frame.

“I took the role of principal knowing it was an IR school,” Dickerson said. “One of my charges is to make Cary a school of choice.”

The plan will focus on teacher recruitment and retention through professional learning communities. Currently, around two thirds of the core teaching staff have less than three years of experience.

Part of this may stem from the fact that the campus has seen around six principals come and go in the past seven years, not including interim principals.

“Culture shift must start from the top and consistency in leadership is key,” Brenton Jayatilaka, vice president of Cary’s site-based decision committee said. “Ben Dickerson will be the first principal that will be able to serve two full consistent years at Cary Middle School in recent history.”

The professional learning communities will allow teachers to meet in teams grouped by grade and class subject with the intent of cultivating high expectations for students’ academics and behavior.

Through the professional learning communities, Dickerson hopes that teachers will be able to serve the students better by learning to focus their attention on students both as individuals and as a group.

“Just imagine the power of a student with six or seven teachers laser focused and able to have more authentic conversations about the student,” Dickerson said.

Another challenge Dickerson identified for novice teachers is the fact that almost 75 percent of the student body is made up of English language learners (students who speak a language other than English at home). According to Dickerson, about one third of the staff of around 120 is bilingual. Through the professional learning communities, the plan intends to properly equip staff to implement strategies and accommodations for ELL students.

Jim Trebilcock, president of the site-based decision committee, recalls walking into the middle school five years ago and being appalled at its condition.

“I was floored … to see what a physical mess it was and how broken the culture and instruction was at the time,” he said. “This versus ESD, which resides less than a mile away, it just was not right. The community was failing these kids and families.”

Now Trebilcock, who was actively involved in the community meetings and was asked by Dickerson to review the final plan, believes the plan’s implementation will improve overall education, morale among the teachers, and school culture.

And while Dickerson acknowledges the plan will take time, he is going into this school year optimistic.

“It is stressful because Cary is in a place of turnaround and needs a lot of work, but I’m excited about next year,” he said. 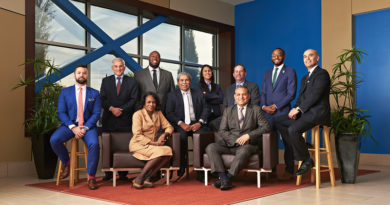