With the PediaQ app, medical house calls of old meet new age on-demand technology. Jon O’Sullivan, a Highland Park resident with a long-time career in healthcare, thought up PediaQ in the summer of 2014 and has since grown it into what he describes as one of the best-reviewed medical apps on the market, based on patient reviews.

Thanks to his background in hospital consultation and his own children’s use of apps, O’Sullivan recognized a need in the health services market for frequent service, immediate response, and conservation of either time or money: these were the criteria he knew his app needed to satisfy.

Like Mend, another app on the market, PediaQ offers on-demand healthcare that comes straight to your door. But PediaQ is the first app in the country that does this with child healthcare.

“The question was, ‘What part of the healthcare spectrum would you start with if you’re going to be launching this type of application,’” O’Sullivan said. “After knowing the marketplace, what seemed to really meet that profile was pediatrics.”

When a user enters the required information into the iPhone app (user name, patient name, payment, and insurance provider information) and requests a visit, a nurse practitioner will call for a consultation to assess the child’s symptoms. “This is a short call to make sure whatever is needed doesn’t require elevated care,” O’Sullivan said.

Once the short phone call is complete, the practitioner will visit the house and spend, on average, about 45 minutes to an hour with the child.

The service’s newest feature, released in early June, allows users to videoconference with a nurse practitioner for even quicker healthcare access. A strong Wi-Fi connection and $20 is all you need to conference with the practitioner, who is able to assess and prescribe a course of action to the patient.

“Whether the child is sick or has a rash, the nurse practitioner will be on the conference to ask questions and guide you to the right form of care,” O’Sullivan said.

As well as being easy access and time-concentrated, the app is more cost-effective, according to O’Sullivan, than alternative services such as E-care clinics or emergency rooms.

“Because we use nurse practitioners and because we don’t do any add-on services that may be unnecessary, that are often done in urgent care centers, our cost of care could be 30 to 40 percent lower than those alternatives,” O’Sullivan said.

The soft launch of the app was in May 2015 with the hard launch following at the start of that school year. It hasn’t always been smooth sailing.

“People have become very accustomed to only paying their copay when it comes to medical services,” O’Sullivan said. “So what became evident early on was that we needed to approach the insurance marketplace about getting in-network with [the app]. That was probably the biggest challenge.”

Now, PediaQ is covered by Blue Cross Blue Shield, United Healthcare, and Aetna. Other providers are in works to cover PediaQ in the coming months, O’Sullivan said.

While pediatrics is the app’s main specialty, O’Sullivan hopes to expand the service to include adult and prenatal care as well. The expansion is dependent upon hospital systems’ cooperation and consumer demand, he said.

“So our rationale for going into pediatrics was that the consumer is young mothers,” O’Sullivan said. “Mothers today are very plugged into blogs, social media, PTAs, and schools. So those were very natural networks we could target whereby we knew mothers would be listening.”

Since its release, PediaQ has serviced more than 3,000 house calls. While the app is available only on iPhone for now, Android users can use the form on PediaQ’s website to request a visit.

Doctor Doctor, You’re in The News 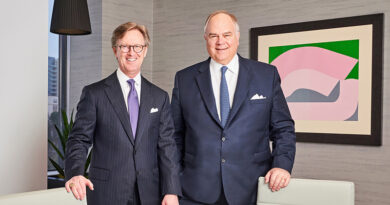 Gateway Up for Grabs