On Aug. 22, the same day that 160,000 Dallas ISD students began the 2016-17 school year, Scott Layne started in his new position as the district’s chief operations officer.

Just days before, he wrapped up a quarter-century-long career with Irving ISD, where for the past decade he had served as its assistant superintendent for school support services.

However, Layne said he had been eyeing the position with DISD for more than a dozen years. “The timing was just perfect,” he said. “I think if I hadn’t [considered] this job, it would have been something I would have regretted the rest of my life.”

As COO, Layne will head DISD’s transportation, food service, and maintenance and facilities departments, as well as its bond-construction program. He oversees about 3,500 district employees.

Layne, 57, said he considers the COO position to be “the ultimate job for school facilities in the state of Texas.”

Early in his career, Layne, who has an architectural degree from the University of Illinois, held facility maintenance-related positions with school districts in Katy and Midland.

While in Irving, he was involved with the planning and construction of Lady Bird Johnson Middle School, a “net zero” facility that produces its own power onsite via solar panels and wind turbines.

The campus, which also boasts other eco-friendly features, opened in 2011.

“It’s a really exciting building,” he said. “Anything we can do, I believe, to help the environment within a reasonable cost, I think we need to do it for the future of our kids.”

Layne is looking at “opportunities” that exist within the district. That includes “prudently” spending $1.6 billion in funds from the district’s 2015 bond program, which was approved by voters last November.

The program’s proposed first phase calls for the construction of a pair of new schools, additions or renovations at more than two dozen campuses, and upgrades to other district facilities at a cost of more than $487 million.

According to DISD’s website, proceeds from the proposed bond should cover the costs of facility improvements, including those made to roofs, plumbing, and HVAC systems, at nearly every school in District 2.

Hillcrest High School would receive more than $31 million for additions and renovations to its campus for projects including interior improvements, exterior facade enhancements, and the construction of 32 new classrooms in place of the school’s original 1930s-era wing.

“I don’t think it’s a requirement that you have to have a perfect building or a high-quality building in order for kids to learn, but I do think there is a direct correlation between the learning environment and the level of learning of kids,” he said. “You want a good environment where kids are alert … so I’m pretty big on quality environments because I really do think they provide quite a bit for the learning process.”

Layne said he plans to visit campuses districtwide to meet with school principals and address their concerns about campus facilities and maintenance.

“My philosophy is if a principal has to spend time … dealing with air-conditioning issues or cleanliness [at schools], then my departments aren’t doing their jobs,” he explained. “We will do everything we can to allow those principals to concentrate on what’s most important to them, and that’s providing a quality education to the students.”

DISD Superintendent Michael Hinojosa, whom Layne will report to, said in a statement that Layne’s “experience and successful track record will enable him to hit the ground running. Scott has a big job ahead, and we are confident he’s the man to support our efforts.” 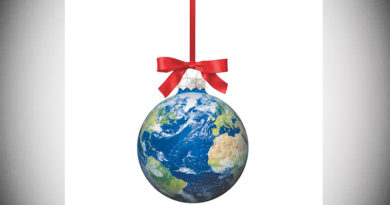 Make It a Season for Sustainability 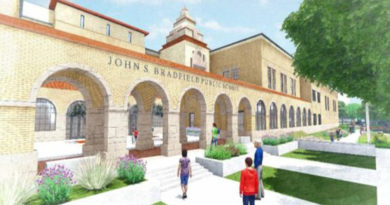