New information released this afternoon suggests the wife of UP firefighter Robert Poynter may have arranged his murder.

According to an article in the Dallas Morning News, Chacey Poynter allegedly tricked her husband into thinking she was stuck on the side of the road. When he came to her aid, investigators believe he was shot in the head by Michael Garza.

Reports indicate that Chacey and Garza were having an affair. Robert Poynter apparently filed for divorce after the affair began. 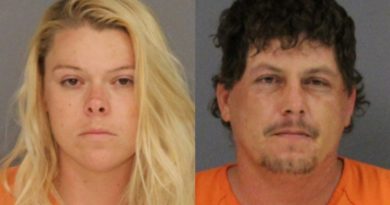 Wife of Slain UP Firefighter Found Guilty of Murder