W.T. White players and coaches probably left Forester Stadium with mixed emotions on Thursday night. They could take pride in a valiant effort against a perennial powerhouse, while also lamenting the missed opportunity to pull an upset against a rival that has dominated them in recent years.

Velton Gardner threw a touchdown pass with 17 seconds left in regulation, then another in overtime as Skyline rallied past the Longhorns 52-45 in the District 9-6A opener.

Gardner’s 22-yard pass to Jarvis Williams tied the score, and his 17-yard strike to Travion Randolph turned out to be the game-winner for the Raiders (1-3, 1-0) after Eriq Senters intercepted a WTW pass to end the game.

Gardner threw three touchdown passes and also rushed for 132 yards and a fourth-quarter score that helped Skyline come back from a late 10-point deficit.

The Longhorns (1-3, 0-1) took a 45-38 lead with 1:42 remaining on a 25-yard touchdown pass from Ryan Sandoval to Darrell White. It was White’s third score of the game, including a kickoff return. Kylan Harrison rushed for two scores for WTW, while Eric Cook posted a game-high 107 receiving yards.

After 17 straight points, the Longhorns surged to a 17-7 lead midway through the second quarter. They rallied from an early deficit with a 38-yard strike from Sandoval to White, followed by a 41-yard field goal from Anthony Chevez and a 3-yard Harrison run.

Skyline turnovers set up both first-half touchdowns for the Longhorns. Jordan Gomez picked off a pass that was bobbled by a Skyline receiver in the first quarter, and Harrison jumped on a muffed punt in the second.

In the third quarter, Skyline grabbed the momentum before WTW’s Zakee Domino recovered a fumble at the Skyline 14-yard line, setting up Harrison’s 14-yard touchdown scamper on the next play.

The Raiders took a 28-24 lead on Jordan Hudson’s 4-yard scoring run, but White returned the ensuing kickoff 94 yards to give the Longhorns the advantage again.

Skyline, which opened the season with three lopsided losses as part of a rigid nondistrict schedule, wasn’t finished. Gardner tied the game at 38 with a 15-yard run that capped another impressive drive.

The Raiders committed three turnovers and had 104 yards in penalties, but dominated time of possession to accumulate 378 total yards after halftime. Hudson rushed for 107 yards and three scores.

Sandoval had an efficient game leading the WTW offense. He completed 17 of 28 throws for 232 yards and three scores. In fact, the WTW offense has come alive in the past two games with a combined 97 points.

However, the Longhorns have allowed an average of 46.5 points in four games this season. And on Thursday, that inability to get stops when it counted ultimately cost the Longhorns a game that could be critical to their playoff chances down the line. 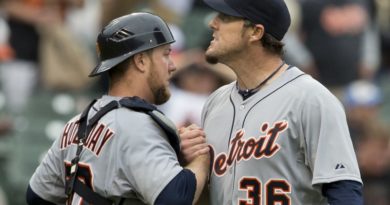