Update Oct. 4: Following a request from residents, the University Park City Council postponed the vote on a zoning request by Strode until Oct. 18. The ordinance is available to read on the UP website.

Exactly five years after rejecting the Legacy at Hillcrest Project, the University Park City Council is planning to vote again on the future of the former Chase Bank building on Hillcrest Avenue.

Concerns from residents include height of the building, surface parking, an increase of traffic, and an impact on Snider Plaza parking.

In August, a group against the proposal, UP Citizens Committed to Neighborhood Friendly Development, created a petition objecting to the proposed changes that gathered almost 700 signatures. On Aug. 24, the group created a new petition, “Appropriate Changes for Rezoning of Chase Bank,” that gathered more than 650 signatures.

At the final work session Sept. 29, the mayor read a letter from SPC Hillcrest LP, which presented modifications by Strode to the initial plan. Read the full letter below.

Despite the proposed changes, signs protesting the plan were sighted earlier today.

Residents Call for Meeting with UP Mayor 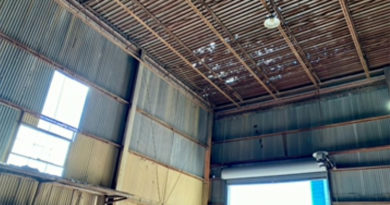