Dallas United Crew, which includes several athletes from the Park Cities, earned seven medals at the recent Head of the Brazos Regatta in Waco.

The team, which is based at White Rock Lake, was making its first appearance in the 5,000-meter race hosted by Baylor. 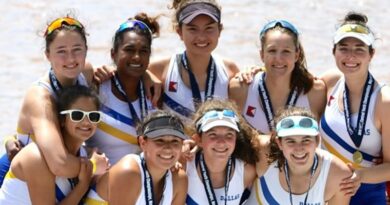