WILLS POINT — If Tuesday’s bi-district match was the opening act for Highland Park, then Thursday’s area round showdown will be the headliner.

The Lady Scots swept Texarkana Texas High, 25-14, 25-17, 25-18, to open the Class 5A Region II playoffs and set up a showdown with state powerhouse Prosper in a second-round match on Thursday at Coppell.

HP asserted itself early against the Lady Tigers by cruising in the first set before battling through some struggles in the final two sets.

Texas High countered the net presence of the Lady Scots (37-9) with a formidable block, but HP countered with a combination of power and finesse.

“They jump really well and they’re very physical at the net,” said HP head coach Michael Dearman. “We did a good job of running a quick-tempo offense to create gaps in their block.”

The Lady Scots gradually pulled away after a seesaw start to the third set, with Madeline Ngo again consistently setting her two top outside hitters. Reaugh had six kills in the final set, while Westendorff’s spike sealed the win.

Westendorff led HP with 11 kills and five aces, while Ngo tallied 33 assists and eight digs. Reaugh, a freshman, added 11 kills in the match.

Dearman said he’s pleased with how his team has bounced back since being upset by Forney on Oct. 21, during the same week the Lady Scots lost right-side hitter E.C. Stanzel to an injury. Since the Forney match, HP has won three straight, including a playoff warm-up match against Richardson Pearce.

“It was a good wake-up call for us,” Dearman said. “We had to refocus. We had to make some adjustments. I think we’re back to where we were.”

Now HP will turn its attention to Prosper (39-7), which swept Frisco Liberty on Tuesday and has won 21 consecutive matches overall. The two teams saw each other during a scrimmage in early August, but much has changed since then.

“It’s a really talented team,” Dearman said. “They do a lot of things well. It will be a big challenge for us.” 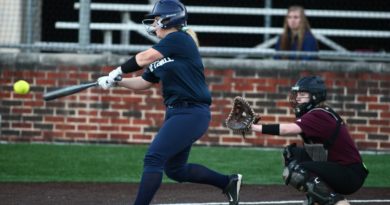