Highland Park’s bid to repeat its title run at the Union Square Bulldog Classic tournament came up short on Saturday, when the Scots fell to host Burkburnett 87-81 in overtime.

HP reached the championship game with victories on Thursday and Friday. And on Saturday, the Scots (7-4) rallied in the final moments to force overtime before the Bulldogs surged ahead for good.

Next up, the Scots will host perennial national power Chicago Simeon on Dec. 17 as part of the National Hoopfest event. It will be the final tuneup for HP prior to the start of District 15-5A play on Dec. 20 against West Mesquite. 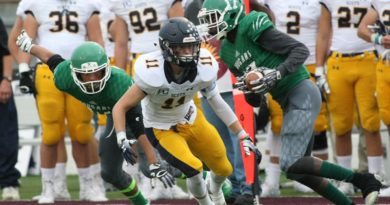