Lyda Hill has been named the 88th Linz Award recipient. Community leaders will gather to present the honor on March 8 at Omni Dallas Hotel.

The Linz Award recognizes individuals whose civic or humanitarian efforts have benefitted the city. It is presented annually during a luncheon organized by the Junior League of Dallas (JLD).

Hill is being honored for her commitment to advances in science and nature, helping nonprofits, and improving the local community. As the namesake of the Lyda Hill Foundation, she has supported a wide range of causes in the Dallas area including the Perot Museum of Nature and Science.

Hill served a president of the JLD in 1982-1983, as well as many other nonprofit organizations including the Crystal Charity Ball, the Dallas and Texas chapters of the American Heart Association, the Visiting Nurse Association, the Dallas Easter Seal Society and the Women’s Texas Golf Association. She also became a member of The Giving Pledge in 2010. The program created by Melinda and Bill Gates and Warren Buffet, is a commitment by some of the world’s wealthiest people to dedicate a majority of their wealth to philanthropy.

“Some of Dallas’ most important organizations and critical projects have greatly benefited from Miss Hill’s remarkable charity which has in turn improved our community in so many ways,” Dallas Morning News publisher and CEO Jim Moroney III said. 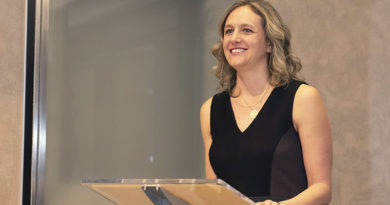