Highland Park continued its perfect start to District 15-5A play with an easy 84-42 win at Royse City on Tuesday.
Will Enzor led the Scots (12-9, 4-0) with 20 points, followed by Ethan Nussbaum with 13. Ryan Waters and Cade Wagner contributed 10 points apiece as HP pulled away after halftime.
It was the second consecutive lopsided win for the Scots, who blasted Forney 80-50 over the weekend. HP, which is the only undefeated team remaining in district play, will host Wylie East on Friday and Lovejoy on Tuesday.
Share this article... 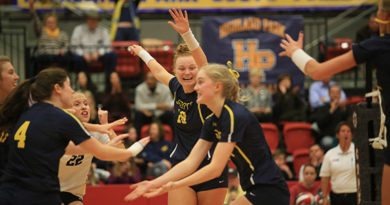 Scots to Grapple With District Foes

Lady Scots Getting Ready for District