North Texas Food Bank leaders know they can’t feed the hungry with food donations alone. Tackling challenges, creating awareness, and helping people takes ideas, too.
Jan Pruitt, who died Jan. 2, led the food bank for 20 years and championed the idea that “it’s everyone’s responsibility to help our food-insecure neighbors achieve what so many of us take for granted.”
Residents of Preston Hollow, the Park Cities, and elsewhere assist with old fashion ideas, such as writing letters; artsy ideas, such as canned-food sculptures; and entrepreneurial ideas such as turning nuisance mistletoe into cash for the cause.
And agency leaders, prompted by Pruitt, are employing their boldest ideas yet in a decade-long effort to remake the food bank and close the hunger gap in North Texas by 2025, NTFB board chairman Tom Black and interim president and CEO Simon Powell said.

“The leadership that Jan Pruitt provided to feeding the hungry must now be replaced by all of us who she inspired to join the cause,” said Joanne Teichman, the Ylang 23 co-owner who has been involved with the Food 4 Kids Letter Writing Campaign.
Pruitt had discontinued treatment at MD Anderson Cancer Center in Houston and stepped down as president and CEO, effective Dec. 17.
Black described how Pruitt’s passion for community service began with a priest prompting her to work at a small nonprofit in Lancaster.
“For this former stay-at-home mother, that opportunity was the spark for her life work,” he said.
Pruitt also served as board chairman for Feeding America, a network of more than 200 food banks, and mentored many other food bank executives, Black said.
“Jan has played an important role in hunger relief in North Texas and throughout the United States, and has left an indelible mark on the mission of both organizations,” Black said.
Her legacy is expected to grow as NTFB pursues a plan that began forming three years ago when Pruitt realized the agency needed disruptive change to pursue an audacious goal, Powell said.


He likened it to President John F. Kennedy calling on the nation to put a man on the moon.
Pruitt challenged board members and staff to find a way to provide the 92 million nutritious meals needed annually in the NTFB’s 13-county service area, a 50 percent increase from what it was providing in 2015, he said.
“There are not many leaders of organizations that are willing to do moonshot goals, so it is a credit to her that she did,” Powell said.
The plan, unveiled in September 2015, calls for increasing annual food donations by 33 million pounds, recruiting 30,000 more volunteers and adding 40,000 square feet of refrigeration space while also transforming food distribution and relationships with partner agencies.

NTFB doesn’t distribute directly to the hungry, but rather works through hundreds of partner agencies much like a wholesaler does through retailers.
To distribute more, it must increase the capacity of its partners as well as its own, Powell said.
To that end, NTFB officials are sharing their expertise with fundraising and operations. The hope is that partners will grow in capacity to store and distribute food and also add services aimed at helping those in need achieve greater independence.
NTFB also aims to get food closer to those who need it by identifying partners who can become distribution hubs.
Other partners would pick up food from the hubs and distribute it the same day, eliminating the hassle and expense of onsite storage, Powell said.
One such hub, Sharing Life Community Outreach in Mesquite, opened in June 2016, and Powell expects another to open in 2017.
Other goals include building support – volunteer and financial – for agencies serving the highest need areas.
NTFB also recognizes the connection between food and health and so is collaborating with the Parkland Center for Clinical Innovation on a data sharing program to help partner agencies understand and meet the dietary needs of their clients.
With that partnership a medical provider at Parkland could refer a client showing signs of malnutrition to a food bank and know whether the client picked up produce, Powell said.
Share this article... 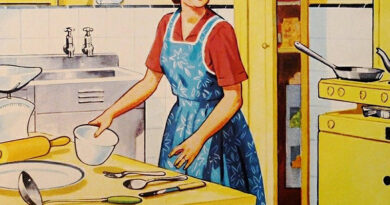 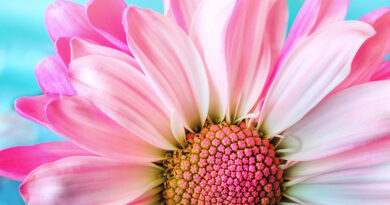