Highland Park continued to hold off the competition in the District 15-5A standings on Friday, as the Lady Scots coasted to a 62-31 road win over Mesquite Poteet.
Morgan Smith led HP with 19 points, followed by Eve Loewe with 14 and Mary Margaret Roberts with 12. The Lady Scots (20-7, 11-0) allowed just 19 points over the final three quarters.
HP still has a one-game lead over Wylie East in the district standings with three games left in the regular season. The Lady Scots will host the Lady Pirates in the regular-season finale on Feb. 7, but first will host Forney on Tuesday.

In boys action, HP also remained atop the standings by continuing its perfect run through 15-5A following a 66-52 victory over Poteet.
Four players reached double figures for the Scots (18-9, 9-0), including Ethan Nussbaum (16 points), Preston Landes (13 points), Will Enzor (12 points), and Matthew Lodwick (11 points).
The win clinched a playoff spot for HP, which will travel to Forney on Tuesday before returning home on Friday against Royse City.
Share this article... 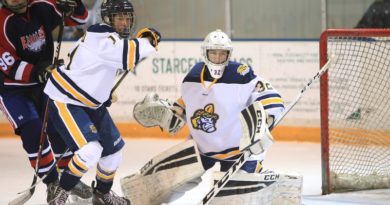