Veritex Community Bank has named April Box and Greg B. Morrison to its board of directors.

“As our bank is challenged to do more, it is important that we add skilled leadership so that we can serve the needs of an ever-growing complex and integrated business community,” bank president and CEO Malcolm Holland said. “Both April and Greg are talented business leaders who have faced these challenges before. They are also a perfect fit for Veritex’s culture.”

Box is the former President & CEO of the Methodist Health System Foundation. She holds a Bachelor of Arts degree from Rhodes College, and a Master of Liberal Arts from SMU. Box is currently a member of the Young Presidents’ Organization and the International Women’s Forum. She also serves as a board member for the State Fair of Texas.

Morrison is a senior vice president and corporate chief information officer for Cox Enterprises, Inc. He holds Bachelor of Science in Mathematics and Physics from South Carolina State University, and a Master of Science in Industrial Engineering from Northwestern University. Morrison was named one of US Black Engineer Magazine’s Most Important Blacks in Technology for nine consecutive years (2005-2013), as well as Computerworld Magazine’s Premier 100 IT Leaders. He has been inducted into the Public Education Foundation of Moore County’s Hall of Fame. 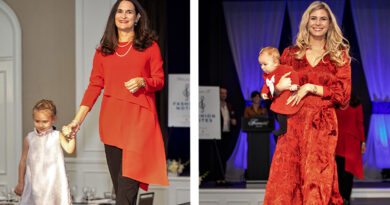