SKULDUGGERY OF THE WEEK: KEY EVIDENCE?

At 9 p.m. Feb. 13, a burglar left behind a Toyota key after damaging a rear window and breaking into a black 2007 Chevrolet Suburban in the 4400 block of Southern Avenue. Guardian locks protected the rear seat, which was down, but not removed.

13 MONDAY
A black and white concrete saw attachment for a Bobcat front loader went missing from a construction site in the 4200 block of Oak Lawn between 3:30 p.m. Feb. 9 and 6:45 a.m. Feb. 13. Scratch marks on the ground suggest the $5,000 saw may have been dragged away.

15 WEDNESDAY
At 2:50 p.m., a 32-year-old woman with a toddler attempted to exchange a stolen $1,595 backpack at Giuseppe Zanotti in Highland Park Village. Officers arrived and made an arrest. The backpack was among items reported stolen in Feb. 14 thefts involving several people possibly associated with the Fast Kash Crew. Police arrested a 19-year-old man on Feb. 14.

At 8:58 p.m., a man grabbed a $399 bottle of Opus One wine at Royal Blue Grocery in Highland Park Village and asked, “Can I check out here?,” before bolting out the door to a waiting Toyota with a female driver.

Between midnight and 8 am. Feb. 13, one or more burglars removed the third row seats from a tan 2011 Chevrolet Tahoe parked in the 3500 block of Wentwood Drive. 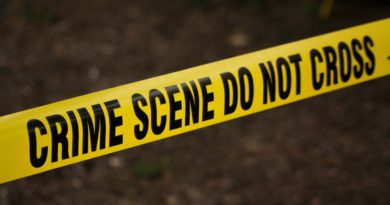