As the temperature was starting to drop on a weekday afternoon in early January, something outside the car caught the attention of 10-yearold Jonty Welberry.

He asked his mom, Melissa Aston-Welberry, how they could do this. After a brief discussion, they settled on donating blankets through the Salvation Army.

Jonty emailed his fourth-grade classmates at Episcopal School of Dallas, and asked if they would like to help. The idea was to collect a large number of blankets and then donate them a few weeks later.

Mother nature had other ideas. Two days after the plan was hatched, snow descended on North Texas, accompanied by near-record cold temperatures.

“He really wanted to do something then and there because it was so cold,” Aston-Welberry said.

The following morning, Jonty, his brother Darby, and his sister Milli went to the Salvation Army and donated 15 blankets. That was only the beginning.

The other fourth-graders continued gathering more and more blankets, and within two weeks they had more than 80. “I thought we would only get 20 or 30,” Jonty said.

Around 20 children assembled on a Saturday morning to personally deliver blankets to people at the Salvation Army. Jonty said the recipients were happy and grateful. He recalled a young girl who was thrilled to get her very own princess blanket. The experience made him think about how lucky he has been.

“I have so much and they don’t even have a roof over their head,” Jonty said.

Aston-Welberry described the experience as both heartbreaking and heartwarming at the same time.

“They say that homeless people often feel invisible, that no one cares. For them to see that a 10-year-old is thinking about them and does care gives them a little bit of comfort, even though it’s not going to completely change their situation.”

According to ESD Communications Coordinator Emma England, school officials were not even aware of the initiative until it was well underway.

“One of ESD’s founding tenets is service,” England said. “To see it take hold in the Lower School and start so young is awesome.”

Jonty has been at ESD since first grade. He plays for multiple soccer teams and loves math because “it can take you anywhere in the brain and outside in the world.”

He plans to continue finding ways to, in his words, help “change the world.” He hopes to help run a food drive and clothing drive, as well as volunteer in a soup kitchen.

“The fact that a 10-year-old is thinking about other people and not just himself — that’s what I’m really proud about,” Aston-Welberry said. “Obviously you can’t change everyone’s lives, but it’s kind of a step in the right direction.” 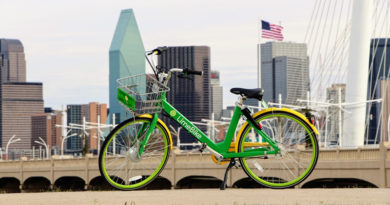