It took a little something extra for the Highland Park boys to advance to the second round of the playoffs.

The Scots needed two overtime periods and a shootout to outlast Longview Pine Tree 2-1 in a Class 5A Region II bi-district game on Thursday in Royse City.

After trailing 1-0 at halftime, HP rallied with a second-half goal by Duncan James. Nick Roostai assisted on the goal and was also one of four Scots who found the back of the net during the shootout, along with Jack Chapman, Jack Phipps, and Bosco Maldonado.

The Scots (12-8-1), who are making their first postseason appearance since 2013, will play Frisco Wakeland next week in the area round. The Wolverines blanked Carrollton Newman Smith 5-0 on Thursday.

Rachel Wasserman, Riley Malone, and Presley Echols also scored for the Lady Scots (21-0), who have now outscored their opponents this season by a combined 104-6 and posted 17 shutouts.

HP advances to meet either Carrollton Creekview or Frisco Lone Star next week in the area round, at a time and site to be determined. 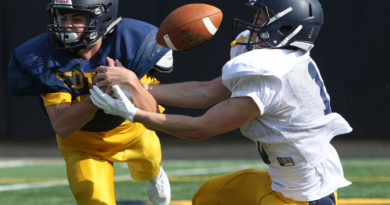 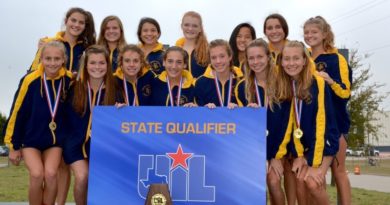