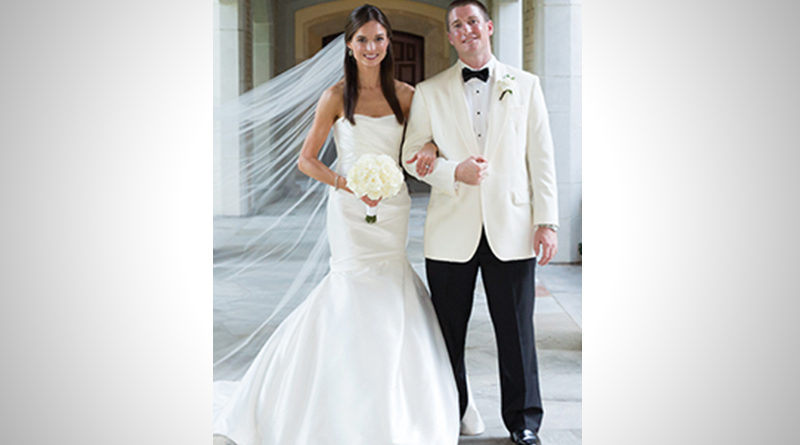 Victoria Janet Richard and Ross Clayton Mulford Junior were married on the evening of July 23, 2016 at Highland Park United Methodist Church. The Rev. Walt Marcum officiated their wedding. Ceremony music was performed by Gyros String Quartet and organist Scott Ayers. A reception immediately followed at The Perot Museum of Nature and Science. The celebrations began with Texas country singer, Cory Morrow, who played a cover of “Feet Don’t Touch the Ground” by Stoney Larue for the couple’s first dance. Cory Morrow was followed by the Dallas party band, Professor D. DFW Events coordinated the details of the wedding and the reception, and Larry Sengbush was the couple’s photographer. Flowers were by Jackson Durham Events, paper goods from Ellis Hill, and catering was by Wolfgang Puck. La Duni created the bride’s Cuatro Leches Cake and the groom’s Triple Chocolate Truffle Cake for dessert.

The bride was given in marriage by her parents. She was escorted down the aisle by her father. For her wedding, Tori wore a strapless Monique Lhuillier gown in ivory and a Romona Keveza veil from Warren Barrón Bridal. Victor Delgado did Tori’s hair and her makeup was by Audrey Elliot of Stanley Korshak. Assisting the bride were her two sisters, her matron of honor Jena Acuff and her maid of honor Beth Richard. Bridesmaids included Helen Callan, Frances Mitchell, McKenzie Sullivan, and Hannah Vedros.

The groom is a graduate of the Episcopal School of Dallas. He received Bachelor of Arts in psychology and Spanish from Vanderbilt University, where he was also a member of Sigma Alpha Epsilon. He received a Masters of Business Administration with a concentration in finance from the Red McCombs School of Business at the University of Texas at Austin. Ross is a private equity associate for The Perot Group.

Following their honeymoon trip to Jumby Bay, Antigua, the couple have made their home in Dallas.